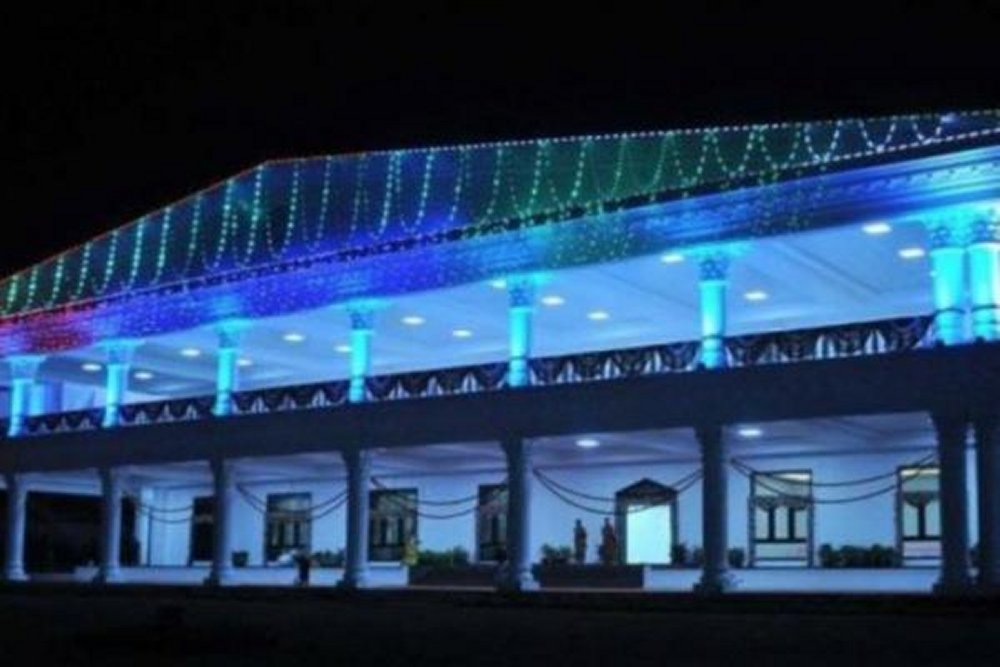 An Indian state minister moved into a palatial new office and residence built with $7.3 million in taxpayer money amid heavy criticism from opponents this week.

K. Chandrasekhara Rao, chief minister of southern Telangana state, moved into the sprawling 100,000-square-foot residence, which sits on nearly 9 acres of real estate in the city of Hyderabad on Thursday.

The estate, which Rao named the “Progress Building” includes parking for 500, a conference center that holds up to 600, lush gardens, modern amenities and bulletproof bathrooms — a fact that drew considerable derision on social media.

The Bangalor Mirror reported 30 activists were arrested after staging a protest outside the palace Thursday.

Rao held a series of traditional Hindu rituals to bless the palace. The structure was built in accordance with vaastu traditions, a portion of Hinduism analogous to the Chinese concept of feng shui, where the layout of a building and a room are believed to affect its occupants’ fortunes.

Political opponents criticized Rao for the lavish expenditure of public money at a time when many Indians, farmers in particular, are struggling to survive.