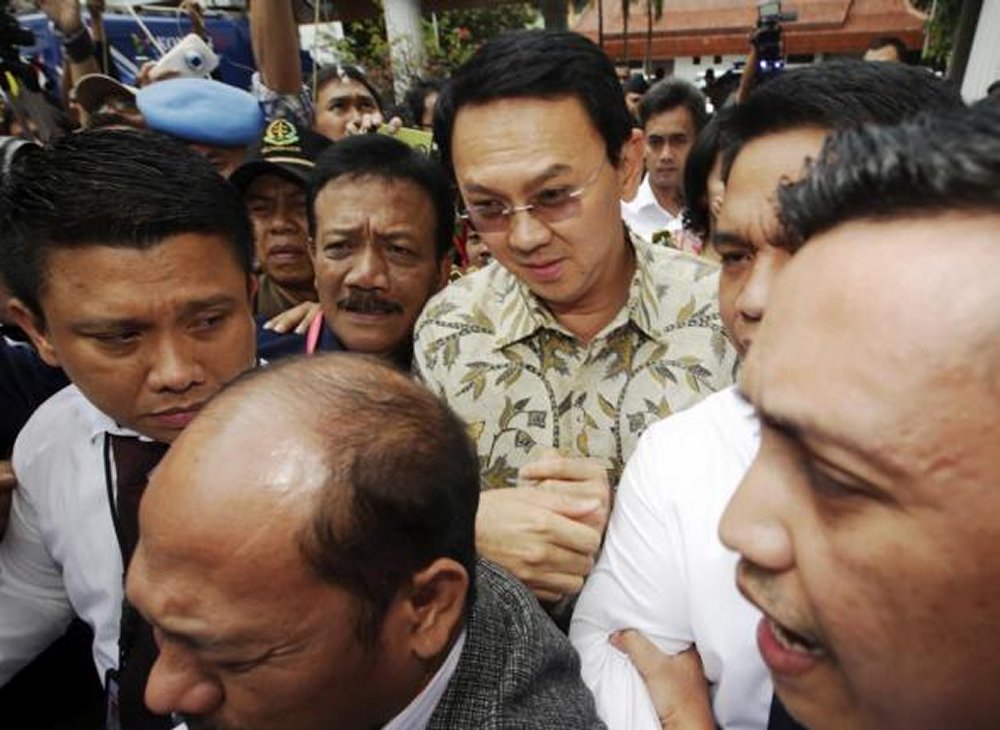 The second protest of Jakarta’s governor was almost as big as the first, making clear some residents in the city want to see Basuki Tjahaja Purnama jailed for allegedly insulting the Quran.

A protest Friday morning against Gov. Basuki Tjahaja Purnama, also known as Ahok, drew about 200,000 people to Indonesia’s national monument accusing the Christian governor of not respecting Islam and committing blasphemy by suggesting his opponents in a political race were using religion to trick them.

In early November, roughly the same amount of people gathered to protest Ahok after he said in a speech that candidates running against him were lying when they claimed the Quran says Muslims should not vote for non-Muslims to rule them.

Ahok has since been investigated by the government for committing blasphemy, and was just served an official report on the investigation. He is expected to be tried for the crime. If he is convicted, he could be sentenced to up to five years in jail.

Ahok is close with Indonesian President Joko Widodo, but the president said he would not intervene because the case is already being handled by the courts.