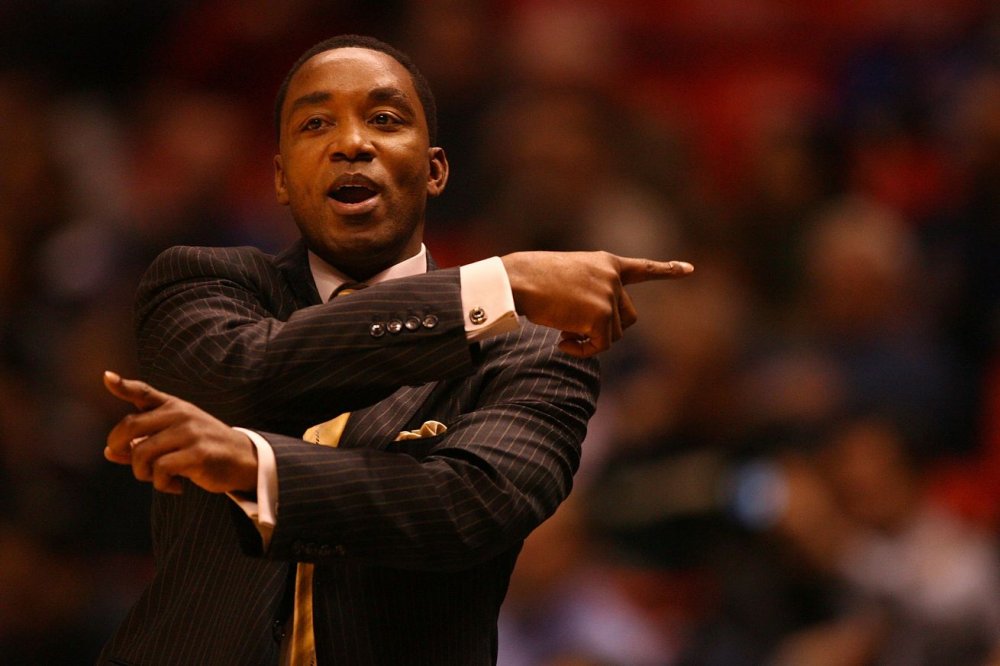 To say that Michael Jordan and Isiah Thomas have history is a bit of an understatement.

That book opened to a new chapter Wednesday, when Thomas expertly trolled “His Airness.”

After Thomas’ former school, Indiana University upset No. 3 North Carolina, he found a giant ‘Crying Jordan’ sign. Two female students sitting behind Thomas handed him the sign, so he held it up. The crowd at Assembly Hall exploded. The No. 13 Hoosiers beat the Tar Heels 76-67.

Thomas and the 1981 Hoosiers national title team were honored Wednesday. Legendary coach Bob Knight did not attend the event.

“We’ve been through two 15-round fights, with Kansas and North Carolina. We had one where we didn’t necessarily fight 15 rounds,” IU coach Tom Crean told USA TODAY. “We’re gonna go through some of that with this team.”