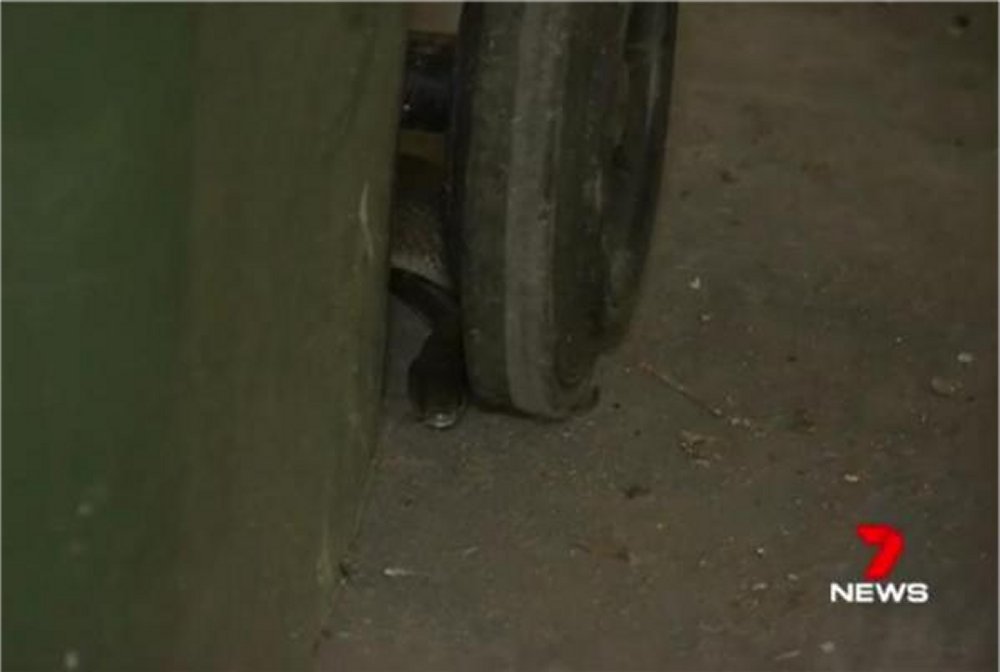 An Australian apartment building’s maintenance man said his morning duties almost turned deadly when a venomous snake turned up under a garbage bin.

Cameron Mayne, a maintenance worker at the building in Melbourne City Center, said he was taking the wheeled trash bins out from the building’s parking garage when he spotted something slithering under one of the containers.

Mayne said he initially mistook the snake for a non-venomous python and considered handling it himself.

“I thought it might’ve been a little python because it was only small, I don’t really know much about snakes,” Mayne told 7 News.

The maintenance man decided to call a professional snake catcher, who told him it was good he didn’t try to pick up the serpent, which was actually a venomous tiger snake.

“When you find out it’s one of the deadliest snakes in the world… I’m just glad I walked away,” he told 9 News.

“Snake Man” Raymond Hoser of the Snakebusters catching service said tiger snakes aren’t commonly found in the city, but they have been known to travel up to 30 miles by hitching rides on cars.

Hoser said tiger snakes are among the five deadliest in the world.

“There’s been three deaths in Victoria in the last couple of years, all from tiger snakes,” Hosier said. “If someone was bitten by that snake, death is a likely consequence.”