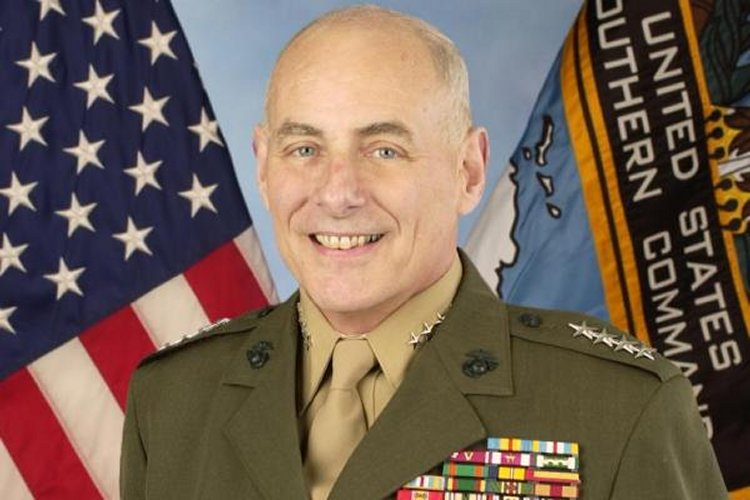 Kelly, a 66-year-old respected military officer who served for more than 40 years, would be in charge of overseeing Trump’s proposed crackdown on illegal immigration. Trump’s transition team was drawn to Kelly due to his expertise on the southern border, The Washington Post reported.

Trump has not formally offered Kelly the job because the general is out of the country, The New York Times reported.

In 2003, Kelly became the first Marine colonel serving in active combat to be promoted to brigadier general since 1951.

Lt. Robert Michael Kelly, the general’s son, was killed in 2010 while serving in Afghanistan, which made Kelly the highest-ranking military officer to lose a son or daughter in the wars in Afghanistan or Iraq.

Kelly has repeatedly voiced concerns about drugs, terrorism and threats coming from south of the U.S. border.

In February, Kelly retired as commander of the U.S. Southern Command, an agency which oversees operations in 32 countries in the Caribbean, Central and South America. The agency has programs to train local militaries, and is deeply involved in humanitarian assistance and disaster relief.

The Department of Homeland Security, created in 2002 under former President George W. Bush following the Sept. 11, 2001, attacks, employs about 240,000 people and has an annual budget of more than $40 billion — making it the third-largest Cabinet department.