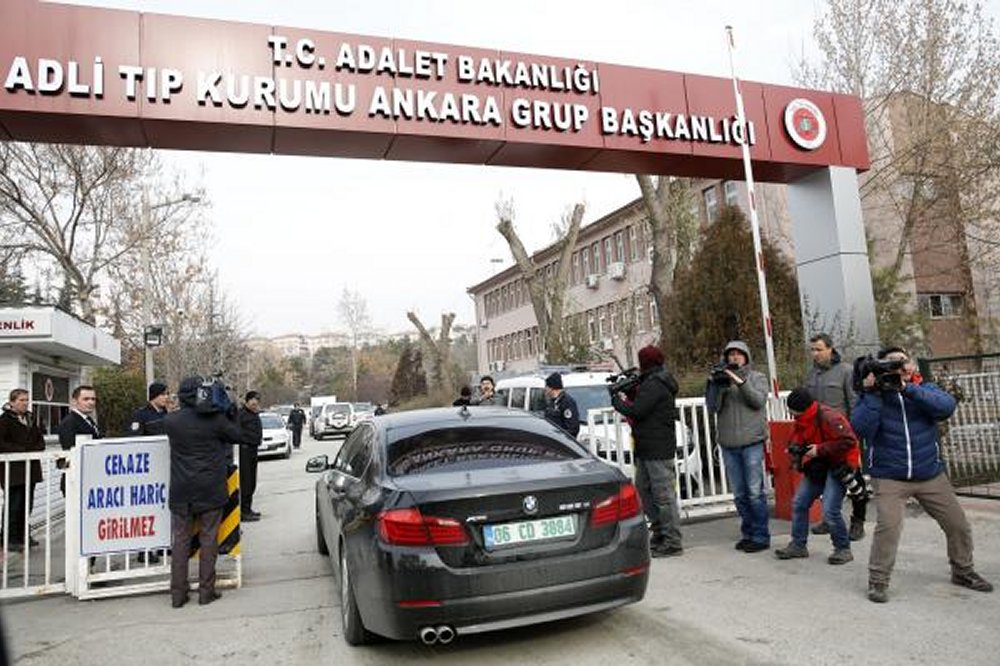 Russia sent a delegation of 18 investigators to Ankara to probe the killing of Russia’s ambassador to Turkey, Andrei Karlov, and bring his body back to Moscow as Turkey pledged cooperation.

The attack came one day before Turkish Foreign Minister Mevlut Cavusoglu was to meet with Russia and Iran’s foreign ministers in Moscow on settling the Syrian conflict. Cavusoglu arrived in Moscow and decided to meet them despite the attack.

The team of security officials, prosecutors and autopsy experts arrived Tuesday from Russia, the Kremlin said.

Cavusoglu said in Moscow on Tuesday “the leaders of our countries reached understanding that the investigation will be carried out jointly.”

A gunman carrying an official police ID shot Karlov, 62, while he was delivering a speech at the Contemporary Arts Gallery. He died at a hospital and Turkish police killed the assassin, identified as Mevlüt Mert Altıntaş, at the scene.

Karlov’s body was taken to the forensic institute in Ankara.

Erdogan phoned Putin with condolences on behalf of the Turkish people. He offered to return the body to Russia on a Turkisjh plane, but Putin opted to send its own team “to investigate the real motivation” behind the killing and to take his body to Russia.

Turkish police increased security conditions in front of the Russian Embassy in Ankara and other Russian diplomatic missions in Turkey. They were closed Tuesday.

Putin said Monday the attack a “provocation” to undermine relations between Turkey and Russia in Syria and urged a “strengthening” of the war against terrorism.

“Russia will not leave it unpunished,” he said. “Whoever has been involved in this organization would give an account for.”