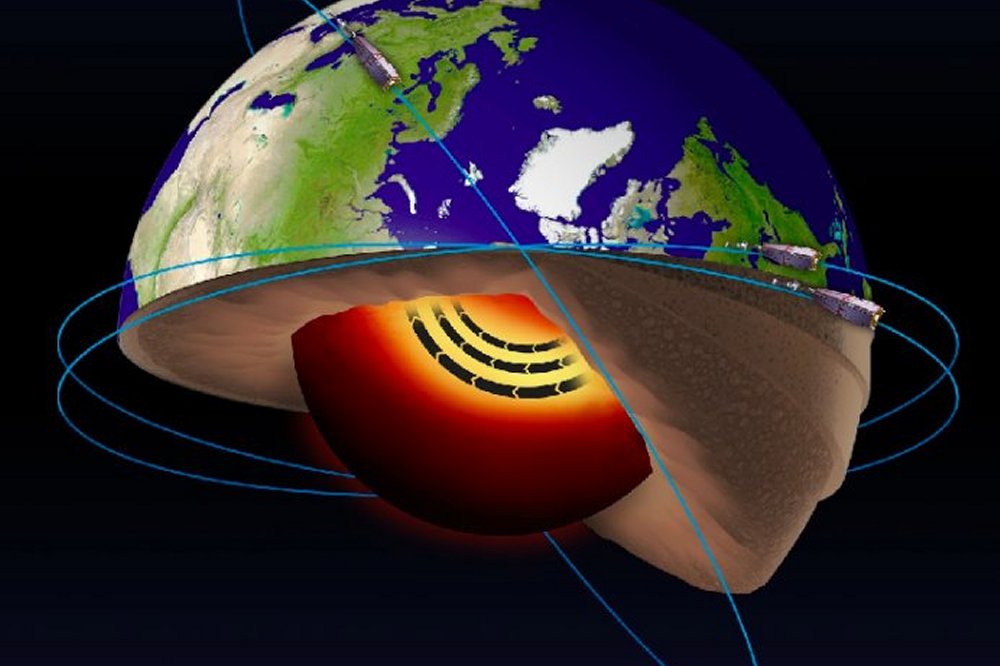 A jet stream within the Earth’s molten iron core has been discovered by scientists using the latest satellite data that helps create an ‘x-ray’ view of the planet.

Lead researcher Dr Phil Livermore, from the University of Leeds, said: “The European Space Agency’s Swarm satellites are providing our sharpest x-ray image yet of the core. We’ve not only seen this jet stream clearly for the first time, but we understand why it’s there.”

“We can explain it as an accelerating band of molten iron circling the North Pole, like the jet stream in the atmosphere,” said Dr Livermore, from the School of Earth and Environment at Leeds.

Because of the core’s remote location under 3,000 kilometres of rock, for many years scientists have studied the Earth’s core by measuring the planet’s magnetic field — one of the few options available.

Previous research had found that changes in the magnetic field indicated that iron in the outer core was moving faster in the northern hemisphere, mostly under Alaska and Siberia.

But new data from the Swarm satellites has revealed these changes are actually caused by a jet stream moving at more than 40 kilometres per year.

The European Space Agency’s Swarm mission features a trio of satellites which simultaneously measure and untangle the different magnetic signals which stem from Earth’s core, mantle, crust, oceans, ionosphere and magnetosphere. They have provided the clearest information yet about the magnetic field created in the core.

The study, published today in Nature Geoscience, found the position of the jet stream aligns with a boundary between two different regions in the core. The jet is likely to be caused by liquid in the core moving towards this boundary from both sides, which is squeezed out sideways.

Co-author Professor Rainer Hollerbach, from the School of Mathematics at Leeds, said: “Of course, you need a force to move the liquid towards the boundary. This could be provided by buoyancy, or perhaps more likely from changes in the magnetic field within the core.”

“This feature is one of the first deep-Earth discoveries made possible by Swarm. With the unprecedented resolution now possible, it’s a very exciting time — we simply don’t know what we’ll discover next about our planet.”

Co-author Dr Chris Finlay, from the Technical University of Denmark said: “We know more about the Sun than the Earth’s core. The discovery of this jet is an exciting step in learning more about our planet’s inner workings.”

Related Topics:Dr Phil LivermoreEarth's magnetic fieldScienceUniversity of Leeds
Up Next