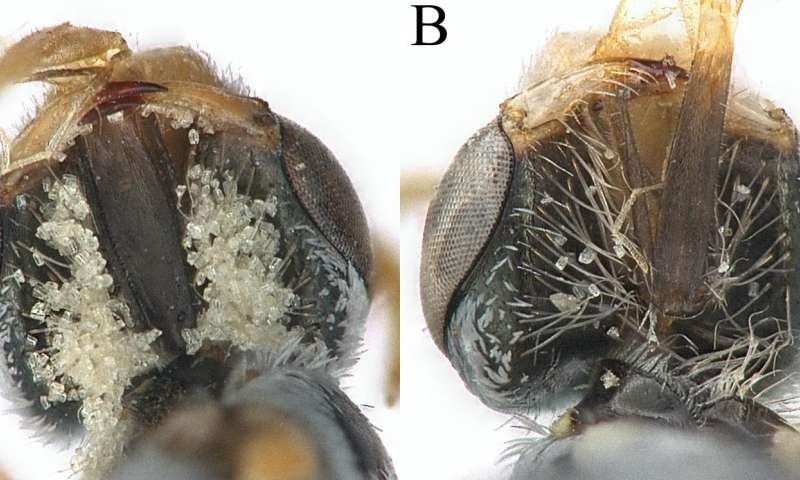 “It’s unclear why these males have this unique form, but it could indicate they spend a lot of time in the nest,” entomologist Zach Portman said in a news release. “We may find more information as we learn more about their nesting biology.”

All nine species are solitary and endemic to the American Southwest. The bees aren’t major contributors to crop pollination, but are important members of desert ecosystems.

“They appear to be important pollinators of desert plants commonly known as ‘crinklemats,'” said Portman.

Crinklemats are short plants in the Tiquilia genus with blue flowers and hairy leaves.

“Like the bees, Tiquilia flowers are very small,” Portman said. “The bees must squeeze into the long, narrow corollas and dunk their heads into the flowers to extract the pollen.”

The ant-like species boast hooked hair on their wings that scoops and stores pollen.

Researchers detailed the nine species in the journal Zootaxa.

“Some of the bees feature stripes and others have spots, which could be patterns for camouflage or a form of mimicry,” Portman said. “These are characteristics we’re still exploring.”