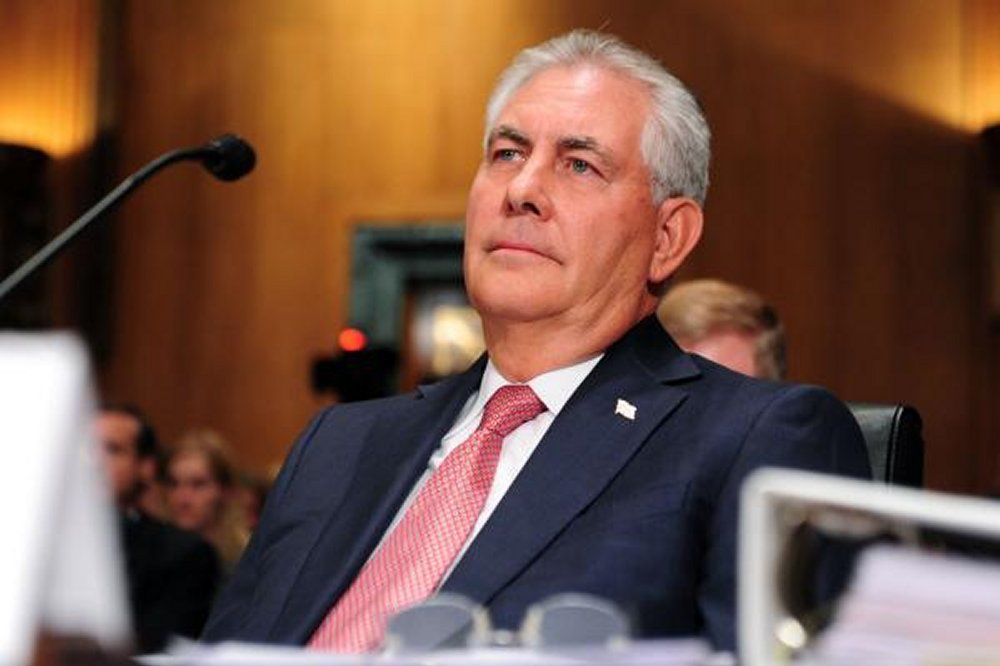 All ties are severed between Exxon Mobil and Rex Tillerson to address any conflicts of interest if he’s confirmed as U.S. secretary of state, the company said.

Exxon President Darren Woods stepped in to fill the role of chief executive and chairman as Tillerson retires from the position to enter appointed government office, a role he’s never served.

Under the agreement, Tillerson, if confirmed, defers shares in the company he’d be entitled to over the next 10 years to a managed trust, which would be prohibited from investing in Exxon.

“Tillerson would also surrender entitlement to more than $4.1 million in cash bonuses, scheduled to pay out over the next three years, and other benefits such as retiree medical and dental benefits, and administrative, financial and tax support,” the company said in a statement.

Based on the closing price for Tuesday, Tillerson’s deferred shares would be worth about $182 million. The former chairman, in a separate agreement with the State Department, agreed to sell more than 600,000 of his own shares in the company.

Exxon reported third quarter net income of $2.65 billion, against $4.24 billion during the same period last year. It was the fourth consecutive quarter of a downturn for the world’s largest publicly traded oil company

Tillerson has faced scrutiny since he was selected last year by President-elect Donald Trump to serve as secretary of state. Trump in a statement said Tillerson’s “tenacity, broad experience and deep understanding of geopolitics” made him qualified to serve as the top U.S. diplomat, despite never serving in public office.

in calling for his testimony in late 2016, lawyers for Our Children’s Trust identified Tillerson as a member of the board of the American Petroleum Institute and the National Association of Manufactures.

A profile of Trump’s Cabinet picks by the Brookings Institution said Tillerson was endorsed by top former security strategists, including former U.S. Secretary of Defense Robert Gates. Brookings assessed that Tillerson’s “personal relationship” with Russian President Vladimir Putin and opposition to sanctions on Russia while at Exxon made him a good fit for a Trump administration seen as cozy with the Kremlin.

Tillerson faces an uphill nomination battle. Sen. Robert Mendendez, a top Democrat from New Jersey who would be involved in the vetting process, said the nominee is called on to “clarify his entanglements with Russian oligarchs to the American public.”