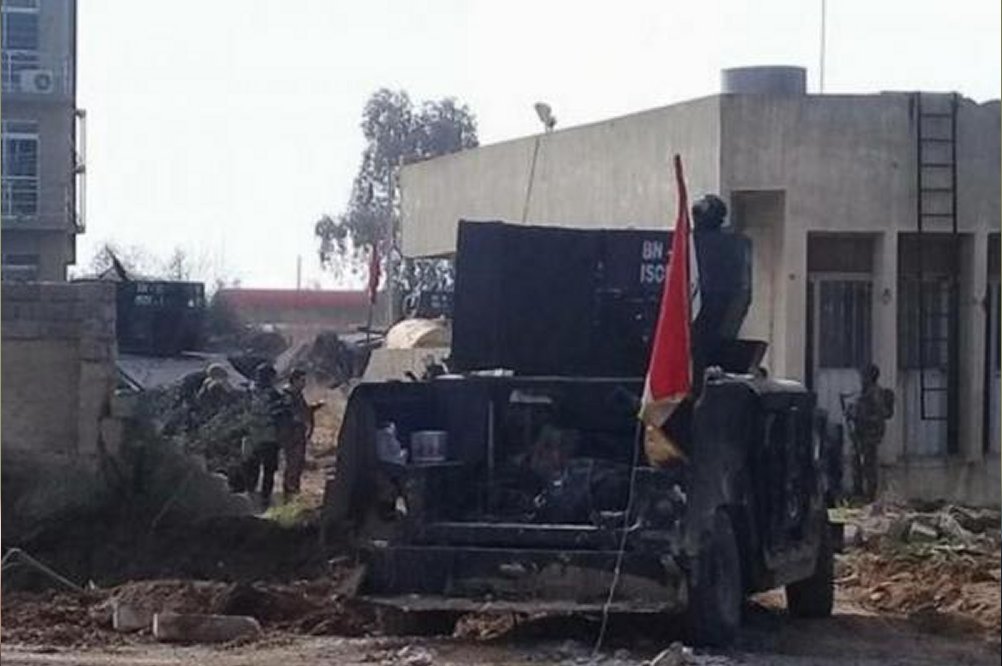 Iraqi military forces have fully secured Mosul University, discovering the Islamic State had been using it as a bomb-making factory and killing field for civilians.

A spokesman for the Iraqi military said the campus was fully secured Saturday after a more than day-long assault on the sprawling campus. It represents significant advances in the months-long offensive to retake the northern city of Mosul, the last major Islamic State stronghold in the country. It is the first time government forces have reached the Tigris, which separates Mosul’s east and west sides.

With most of the eastern portion of the city back under government control for the first time since 2014, fighters will now focus on retaking the western half.

Complicating matter, Islamic State fighters have destroyed all five bridges in the city over the Tigris, hoping to slow the government’s advance. Military officials said they possess the ability to construct temporary bridges to allow ground vehicles and troops to get across the river.

Iraqi and U.S. military leaders who are helping coordinate the assault said hundreds of Islamic State fighters were killed in the battle to retake Mosul University.

Al Jazeera reported government troops used a bulldozer to knock through a brick wall surrounding the campus. Once inside Friday, troops came under heavy small arms fire before they were able to retake the campus.

Once under the military’s control, a spokesman said troops found a bomb-making factory and chemical agents the Islamic State has been accused of using against civilians. Troops were working to defuse the bombs and the chemicals were sent for testing to confirm whether they have been used as weapons.

Suicide bombers blow themselves up in Saudi Arabia