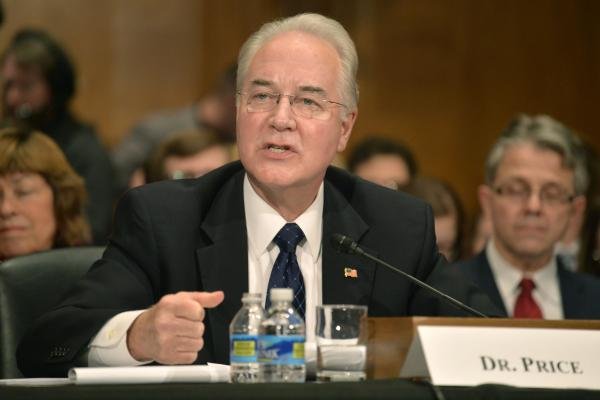 Georgia Rep. Tom Price, Donald Trump’s pick to serve as secretary of the Department of Health and Human Services, said the Republican replacement for Affordable Care Act, or Obamacare, will not take insurance coverage away from Americans.

Republicans have been criticized for working to repeal the ACA without introducing a replacement. Some fear insurance coverage could disappear once major parts of the ACA are repealed.

The U.S. Congress last week took the first steps to repeal the ACA. On Friday, the House of Representatives voted to pass a “repeal resolution” attached to a budget bill that would begin the process of dismantling Obama’s signature healthcare program.

“Just last week, you voted to begin the process of ripping apart our health-care system without any plan to replace it,” Sen. Patty Murray, D-Wash., said at the hearing. “My constituents are coming up to me with tears in their eyes, wondering what the future holds for their health care given the chaos Republican efforts could cause.”

“Nobody’s interested in pulling the rug out from anybody,” Price later said. “I think there’s been a lot of talk about individuals losing health coverage That is not our goal or our desire, nor is it our plan.”

Price’s hearing comes one day after the nonpartisan Congressional Budget Office released a report that said 18 million Americans will lose their health insurance within one year if the ACA is repealed and replaced with a plan similar to one Republicans proposed in 2015.

Sen. Bernie Sanders, D-Vt., pressed Price on whether he believes “healthcare is a right of all Americans, whether they are rich or they are poor.” Trump said in an interview this weekend he has a plan to keep “everybody” insured.

Price said he looks forward to working with the Congress to make certain that every single American has access to the highest quality care and coverage that is possible.

“‘Has access to’ does not mean that they are guaranteed healthcare. I have access to buy a $10 million home, I don’t have the money to do that,” Sanders said.

Florida airport shooter claims he was inspired by the Islamic State