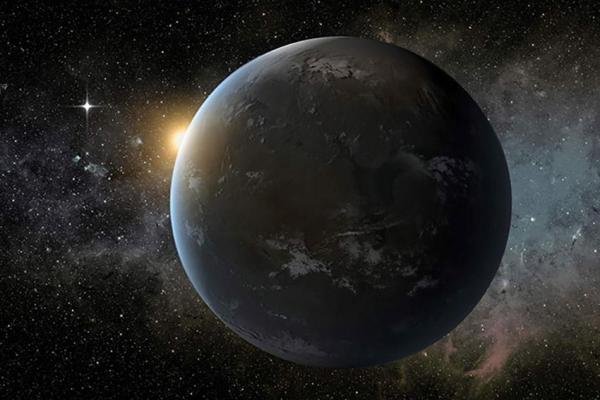 Kane and his colleagues at San Francisco State are mostly interested in Wolf 1061c, which lies entirely within the system’s habitable zone. The habitable zone, in which water could be found in liquid form, varies depending on the size and strength of the parent star — too close and water vapor and atmosphere is burned away, too far and water remains locked up in ice form.

“The Wolf 1061 system is important because it is so close and that gives other opportunities to do follow-up studies to see if it does indeed have life,” Kane said in a news release.

The latest findings suggest Wolf 1061c is more like Venus than Earth. If it has life, it’s not a very pleasant existence. That’s because the exoplanet is positioned on the inner edge of the system’s habitable zone. Water can only last so long on a planet so close to its sun.

“It’s close enough to the star where it’s looking suspiciously like a runaway greenhouse,” Kane said.

The runaway greenhouse effect describes the process of overheating, as solar energy becomes trapped beneath a planet’s atmosphere. Venus once hosted oceans, but all its water has since boiled away as a result of the greenhouse effect.

Scientists say the chance of life existing on Wolf 1061c can’t yet be discounted. Like Earth, the exoplanet’s orbit is shifty, triggering periodic changes in its atmosphere — only Wolf 1061c’s shifts happen on a more more rapid time scale. Periods of cooling may be sufficient to cool and stabilize the exoplanet’s atmosphere.

Per usual, more research is needed.

Why blinking doesn’t dim the lights