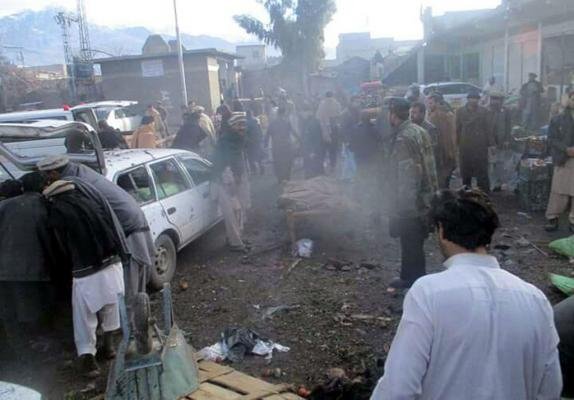 At least 20 people were killed and 50 others were injured after a bomb exploded at a busy vegetable market in Pakistan on Saturday.

Officials said the death toll was expected to rise after a homemade bomb was reportedly placed inside a pile of tomatoes before being detonated at the crowded vegetable market in the northwestern city of Parachinar on the border near Afghanistan, Pakistan Today reported.

“We received 21 bodies of the local tribal people killed in the blast,” member of the National Assembly Sajid Hussain Turi said.

Turi added that there would be a mass funeral and demonstration for those who died in the attack.

The injured were transferred to Agency Headquarters Hospital Parachinar where at least 10 patients are in critical condition.

A faction of the Pakistani Taliban claimed responsibility for the blast stating they sought to “to avenge the killing of our associates,” according to the BBC.

A spokesman for the Sunni Muslim group said it would continue to attack Shiite areas like Parachinar in order to “teach a lesson to Shiites for their support” of the president of Syria Bashar al-Assad in the nation’s six-year civil war.

Pakistan’s military cordoned off the area and helicopters were sent to survey the scene and evacuate the injured.

China displays new version of bomber ahead of national holiday