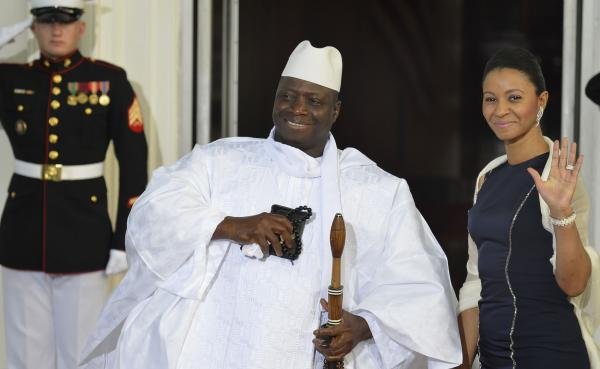 Defeated Gambian President Yahya Jammeh announced he has agreed to step down two days after new President Adama Barrow was sworn in.

Following tense negotiations and the threat of military intervention from other West African nations Jammeh held a televised address to announce he would step down and uphold his duty to “preserve at every instant” Gambian lives, CNN reported.

“I have decided today in good conscience to relinquish the mantle of leadership of this great nation with infinite gratitude to all Gambians,” he said.

Troops from Senegal entered Gambia the day before Jammeh made his announcement to enforce the results of December’s election in which Barrow defeated Jammeh by claiming 45 percent of the vote.

Barrow was sworn in as president in Senegal on Thursday, as he and 45,000 other people fled Gambia in anticipation of the potential standoff between Jammeh and West African military forces, according to the New York Times.

The United Nations warned of a humanitarian crisis among those who fled Gambia and crammed into host’s homes along the border in Senegal.

In addition the U.N. encouraged “all stakeholders, within and outside the Gambia, to exercise restraint, respect the rule of law and ensure the peaceful transfer of power.”

Jammeh was president of Gambia since leading a coup in 1994 and his government was condemned for human rights violations.

It is unclear when Barrow will return to Gambia to take office but he called his election a “victory for the Gambian nation” and promised an end to the violence.

“Our national flag will now fly high,” he said as he was sworn in on Thursday. “Violence is finished forever from the life of the Gambians. There is no loser in this election. We promise to unify our people. Today most Gambians are united in order to give Gambia a new start. Today, I am the President of all Gambians.”

Related Topics:AfricaGambiaYahya Jammeh
Up Next