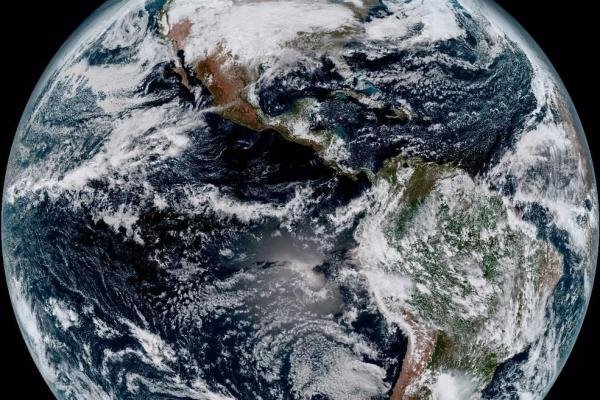 The first of NOAA’s new generation of weather satellites, GOES-16, has beamed back its first images. The full-color images of Earth’s Western Hemisphere were captured by the satellite’s high-resolution camera, the Advanced Baseline Imager.

Not only can GOES-16 render a large portion of the optical spectrum, it can also capture images in record speed. The satellite can capture a full-disk image of Earth every 15 minutes.

This week the satellite beamed back its first images, including a full-disk shot of Earth’s Western Hemisphere captured on January 15, 2017. The satellite also relayed close-ups of North America, rendered across all 16 bands.

“Seeing these first images from GOES-16 is a foundational moment for the team of scientists and engineers who worked to bring the satellite to launch and are now poised to explore new weather forecasting possibilities with this data and imagery,” Stephen Volz, the assistant administrator for satellite and information services at NOAA, said in a news release. “The incredibly sharp images are everything we hoped for based on our tests before launch.”

GOES-16 was launched in November of last year. It is currently circling Earth at a distance of 22,300 miles. The satellite will improve NOAA’s ability to track and study Earth and its weather systems.

Related Topics:GOES-16NOAAScienceWeather satellite
Up Next