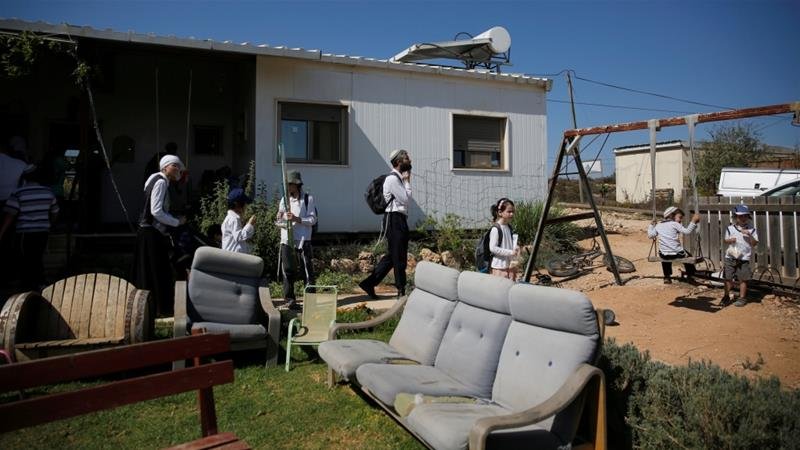 The United Nations has denounced recent Israeli initiatives to accelerate settlement construction in occupied Palestinian territory, stressing that “unilateral actions” are an obstacle to peace based on a two-state solution.

“For the secretary-general there is no plan B for the two states solution,” UN chief Antonio Guterres’s spokesman Stephane Dujarric said on Tuesday.

“In this respect any unilateral decision that can be an obstacle to the two state goal is of grave concern for the secretary general.”

Israel approved a plan to build 2,500 new settlement homes in the occupied West Bank on Tuesday, two days after it accepted building permits for more than 500 settler homes in occupied East Jerusalem.

The biggest settlement plan announced since 2013, it comes close after the election of US President Donald Trump, who has not been critical of settlement activity. Settlements are illegal under international law.

Dujarric said the UN’s position on settlement construction in the occupied West Bank and East Jerusalem had not changed.

The European Union also warned that the move “further seriously undermine[s]” prospects for a two-state solution.

Israeli Defence Minister Avigdor Lieberman said in a statement that he and Prime Minister Benjamin Netanyahu agreed to the plan “in response to housing needs”.

Lieberman said the majority of the housing units would be built in existing settlement blocs, areas where most settlers live and which Israel wants to keep under any future peace deal with Palestinian officials.

“It is regrettable that Israel is proceeding with this policy, despite the continuous serious international concern and objections, which have been constantly raised at all levels,” the EU’s external action service’s spokesperson said.

A spokesman for Palestinian President Mahmoud Abbas said it dealt a new blow to attempts to bring peace to the region and that it would promote “extremism”.

Nabil Abu Rdeneh said the decision “disregards” international opposition to the settlements and he called on the international community to take a “real and serious position” against Israel.

Al Jazeera’s Imran Khan, reporting from East Jerusalem, noted that the Israeli defence ministry’s statement said that 100 of the new settler homes would be built in Beit El, a settlement bloc “that is deep within the Palestinian territory”.

The fresh settlements plan “has already caused a significant amount of anger from the Palestinian Authority, which says it flies in the face of UN resolutions,” he added.

“They also said that it will be the death of the two-state solution.”

According to media reports, the parents of Jared Kushner – Trump’s son-in-law and senior adviser – have contributed a significant amount of funds to the Beit El settlement bloc.

“We build and continue to build,” Netanyahu said on Twitter shortly after Lieberman’s announcement on Tuesday.

On Tuesday, Trump’s chief spokesman refrained from stating a position on the settlement announcement but said the two leaders would discuss settlements when they meet in Washington next month.

Asked whether Trump supported the announcement, White House press secretary Sean Spicer told reporters: “Israel continues to be a huge ally of the United States. He wants to grow closer with Israel.”

Pressed again on the issue, he said: “We’ll have a conversation with the prime minister.”

The muted response from the Trump White House, which has promised an approach more aligned with Israel’s government, was a clear departure from Obama, whose aides routinely criticised settlement construction plans.

That announcement came shortly after the inauguration of Trump, with Israeli officials saying the permits had been held up until the end of Obama’s administration.

“The rules of the game have changed with Donald Trump’s arrival as president,” Meir Turgeman, Jerusalem’s deputy mayor, told the AFP news agency.

“We no longer have our hands tied as in the time of Barack Obama. Now we can finally build.”