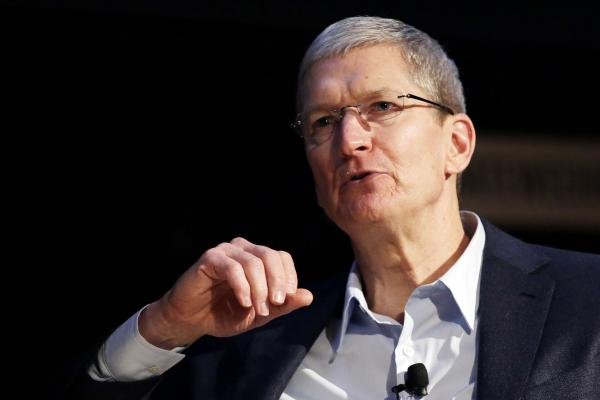 Apple reported its earnings Tuesday, beating analysts expectations and breaking out of a streak of losing quarters on strong iPhone 7 sales and “record” sales of its other products.

Apple CEO Tim Cook announced Tuesday the company brought in an all-time record quarterly revenue of $78.4 billion during the first quarter of fiscal year 2017, up from $75.9 billion in earnings a year ago.

Even with the good report, however, some analysts have already expressed concern that Cook’s predictions for the second quarter are lower than what is already expected.

“We’re thrilled to report that our holiday quarter results generated Apple’s highest quarterly revenue ever, and broke multiple records along the way. We sold more iPhones than ever before and set all-time revenue records for iPhone, Services, Mac and Apple Watch,” Cook said in a press release. “Revenue from Services grew strongly over last year, led by record customer activity on the App Store, and we are very excited about the products in our pipeline.”

For the first quarter, Apple’s revenue increased 3.3 percent to $78.4 billion, more than the $76 billion to $78 billion the company had predicted and above the $77.4 billion Wall Street expected.

Apple sold fewer iPhones in the first quarter of 2017 than in 2016, decreasing from 16.1 million iPhones to 13.1 million, but made up for it by improving other sales numbers. While iPad sales decreased as well, increases in the number of Macs and number of users for Apples services, including AppleCare and other subscription services, more than made up the difference and pushed earnings up.

Apple already has analysts shaken, though, with predictions of $51.5 billion to $53.5 billion in revenue, lower than Wall Street is already expecting, on $6.5 billion to $6.6 billion of operating expenses.

How to Improve Budget by Trimming down Costs