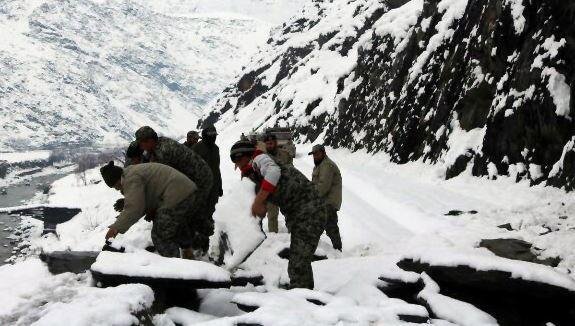 At least 107 died and 65 more were injured in northeastern Afghanistan, said Omar Mohammadi of the Afghanistan National Disaster Management Authority. Fifty-three of the fatalities were in Nuristan province, north of Kabul, he added.

The weather event destroyed houses and caused some people to freeze to death in cars in the high-altitude provinces, the BBC reported. Police said they rescued hundreds of people from vehicles on the Kabul-Kandahar highway.

Women and children comprise the majority of casualties on both sides of the border.

The storms closed the main runway of Kabul’s airport. The Afghan government sent helicopters to the affected area to search for survivors and to deliver aid. Officials warn that additional snowstorms and avalanches are likely by Friday.

China displays new version of bomber ahead of national holiday