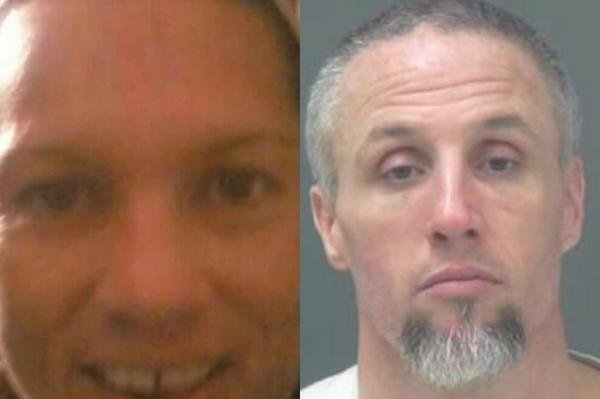 A man wanted in connection with four deaths in two states is dead and his girlfriend, also a suspect in the deaths, is in the custody of police in Georgia after turning herself in Tuesday night, authorities said.

William Boyette died Tuesday night of an apparent gunshot wound to the head at the West Point Motel in West Point, Ga., minutes after his girlfriend, Mary Rice, walked out of their hotel room and surrendered to police. Police sought the pair since last week for their alleged involvement in the deaths of four women in Florida and Alabama, which started Jan. 31.

Police named Boyette a suspect in the deaths of Alicia Greer, an ex-girlfriend, and Jacqueline Moore, who were shot to death in a hotel room in Milton, Fla., on Jan. 31. Three days later, on Feb. 3, Boyette, and Rice, then allegedly followed Peggy Broz to her home in Lillian, Ala., on Feb. 3 and shot her in her front yard so they could steal their car.

“We believe at this point that obviously they selected her to prey on, they have an ties that tie them together at this point,” Baldwin County Sheriff’s Office spokesperson Anthony Lowery told USA Today.

On Monday, Boyette and Rice allegedly shot Kayla Crocker in her home in Pensacola, Fla., stole her car and then went to get breakfast.

Police received a tip that Crocker’s car was at the West Point Motel and confirmed Boyette and Rice were there — Rice checked them into the motel under her real name, and the two looked out their hotel room’s curtains and waved at police several times. They refused to answer the phone when police called the room, however.

As police prepared to enter the motel room, Rice came outside and surrendered. While police arrested her, Troup County Sheriff James Woodruff said, police heard a gunshot from the motel room and later found Boyette dead from an apparent self-inflicted gunshot wound to the head.

“We are always glad when something this seriously is resolved and no one is injured and no one is killed,” Woodruff said at a press conference. “We knew going in, them having killed several people already, that this could end very badly.”

Rice faces charges in three states, including accessory after the fact to capital murder in the deaths of Greer and Moore, a charge of capital murder for her role in Broz’s death and will likely be charged in the death of Crocker.