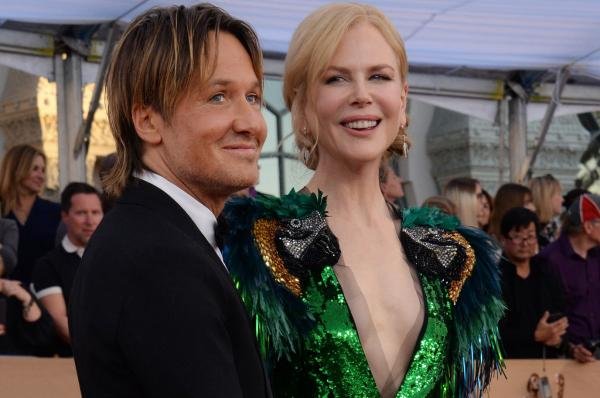 Keith Urban was nominated Thursday for a leading seven Academy of Country Music Awards, including Entertainer of the Year.

Miranda Lambert and Maren Morris are each up for six prizes, while Florida Georgia Line and Tim McGraw are in the running for five awards apiece. Dierks Bentley, Thomas Rhett and Chris Stapleton follow close behind with three nominations each.

Shortlisted with Urban for Entertainer of the Year are Jason Aldean, Luke Bryan, Florida Georgia Line and Carrie Underwood.

The nominees for Male Vocalist of the Year are Aldean, Bentley, Rhett, Stapleton and Urban.

Contenders for Female Vocalist of the Year are Lambert, Morris, Underwood, Kelsea Ballerini and Kacey Musgraves.

Competing for the Album of the Year Award are Black by Bentley, Dig Your Roots by Florida Georgia Line, Hero by Morris, Ripcord by Urban and The Weight of These Wings by Lambert.

Bryan and Bentley will return to host the ceremony for the second, consecutive year. The gala will be broadcast live on CBS from T-Mobile Arena in Las Vegas on April 2.

Bijou Phillips in need of a kidney transplant