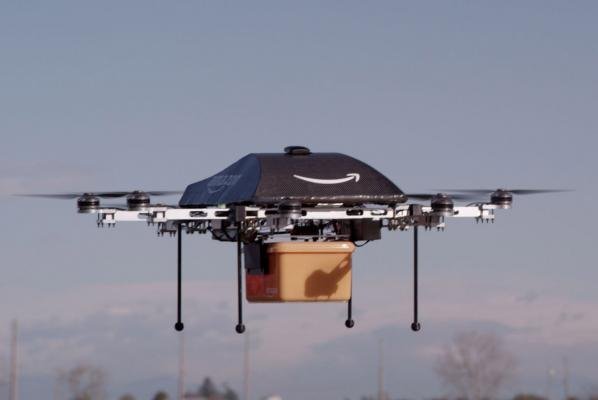 The U.S. Patent and Trademark Office granted Amazon a patent for technology that would allow the company to drop packages from drones into consumers’ back yards via parachutes and electromagnets.

The package delivery system would use a drone equipped with sensors and a camera that would hover near its intended target. The drone would “forcefully” propel the package in the hopes it would land in the target area, but the drone could trigger a parachute or other stabilizing mechanisms to help the package reach its destination.

“The package delivery system can apply the force onto the package in a number of different ways. For example, pneumatic actuators, electromagnets, spring coils, and parachutes can generate the force that establishes the vertical descent path of the package,” the patent filing said.

Several parachutes could be deployed in different orders to change the descent of the package, Amazon said in the filing.

“An ability to cause a package to descend through a vertical trajectory … Can be advantageous when attempting a delivery in an area with limited open space, such as an alley or a fenced back yard,” the filing said.

Related Topics:AmazonBusinessDrop packages from drones
Up Next

Kraft Heinz confirms it made merger offer to Unilever