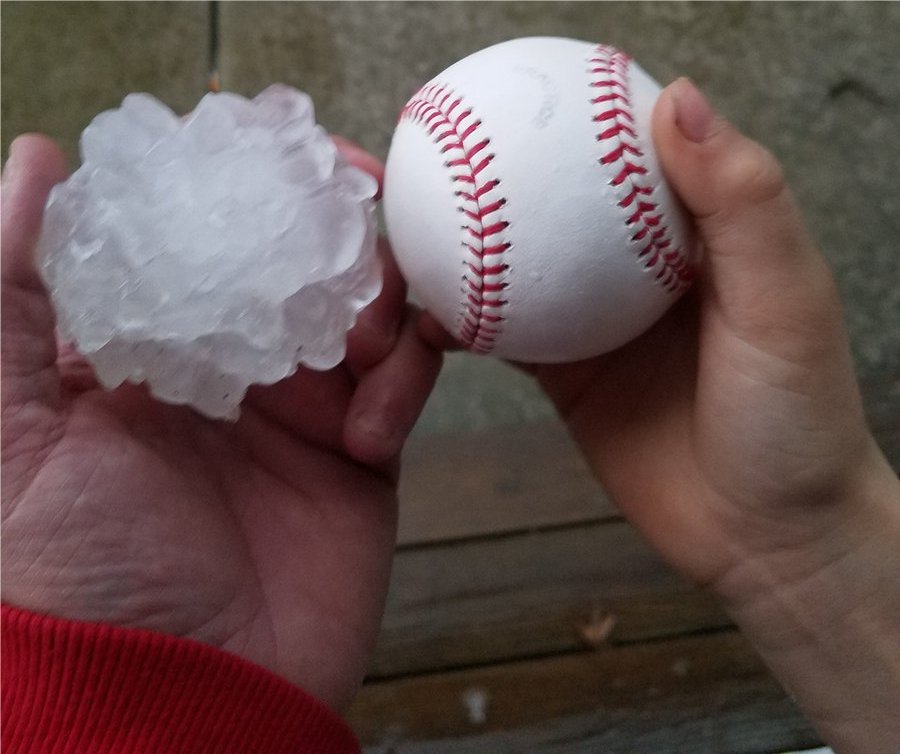 One of the twisters was characterized as “large” and “dangerous” by the National Weather Service, which issued numerous thunderstorm watches and warnings for the greater Chicago metro area and nearly two dozen counties in Indiana and Iowa on Tuesday. A tornado watch was issued for central and northern Illinois until at least 10 p.m. CST.

“We’ve had numerous reports of tornadoes across LaSalle County, and we’re getting hail reports in a lot of other places,” NWS meteorologist Amy Seeley said.

Power outages and significant hail, some baseball-sized, were also reported accompanying the storm.

“Storms will eventually develop into a complex ahead of a cold front, which will push east across the outlook area overnight,” the NWS said.

No significant injuries were initially reported due to the severe storms.