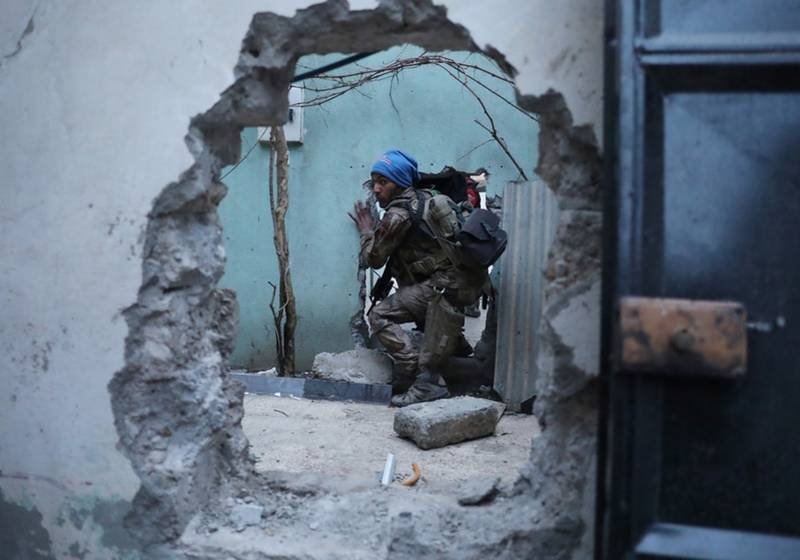 US-backed Iraqi army units shut the last main exit out of the Islamic State group’s stronghold in western Mosul, controlling access to the city from the northwest, a general and residents there said on Wednesday.

The army’s 9th armored division is within a kilometer of Mosul’s “Syria Gate,” the northwestern entrance of the city, a general from the unit said.

“We effectively control the road, it is within our sight,” he said.

Mosul residents said they had not been able to travel on the highway that begins at the “Syria Gate” since Tuesday.

The road links Mosul to Tal Afar, another IS stronghold 60km to the west, and then to the Syrian border.