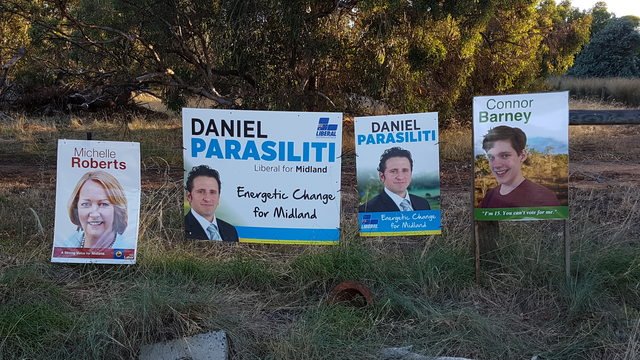 An Australian teenager only set out to mock his local elections, but ended up going internationally viral with a campaign poster reading: “I’m 15. You can’t vote for me.”

A sign made by Connor Barney, 15, drew attention in West Australia when he placed it at the roadside next to several serious campaign signs.

The sign, which blends in nicely with the legitimate campaign ads, bears the image of Barney’s face, his name, and the slogan: “I’m 15. You can’t vote for me.”

Barney said he never expected the sign to draw so much attention.

“I thought it would be a funny bit of comedy for the locals,” Barney told Mashable.

He said he was shocked when the Reddit post, which he only made at the urging of a friend, became so popular.

“The Reddit post was meant to be for a friend, telling me ‘put it on some obscure sub’ so I put it on r/perth, but then it got too much attention,” he said.

“I just posted this so that a friend could get these images and now 5000 people on the internet know my name and roughly where I live,” he wrote on Reddit. “EDIT: 7000, thanks guys.”

Barney said he is making more signs bearing slogans including “I’d vote for me” and “Mum said it was OK.”