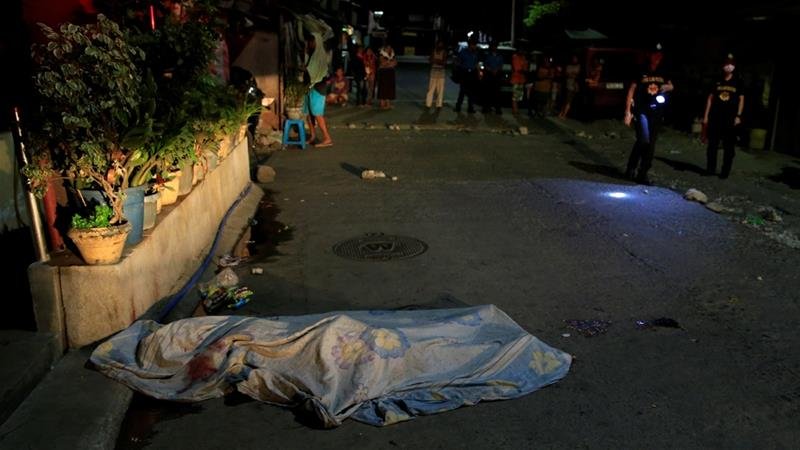 The Philippine vice president has raised an alarm about the country’s bloody crackdown on illegal drug use, saying it can’t be solved “with bullets alone”, adding Filipinos should “defy brazen incursions on their rights”.

Vice President Leni Robredo’s comments, some of her sharpest critiques so far of Rodrigo Duterte’s anti-drug campaign, are likely to antagonise the brash-talking president.

In her speech, which will be shown at a UN-linked forum on extrajudicial killings on Thursday, she raised concerns about a lack of transparency and accountability in Duterte’s crackdown, and the  mounting number of killings, which she described as “summary executions”.

Since July last year, more than 7,000 people have been killed, Robredo said in the video.

“We are now looking at some very grim statistics,” she added.

Robredo, who belongs to the opposition Liberal Party, said she had received several complaints from residents who had been rounded up by police, and told they had no rights to demand search warrants as they were living illegally on land they didn’t own.

She said Filipinos should demand greater transparency in the publicly funded campaign and ask “why no one is being held accountable”, citing what she said were hundreds of complaints filed with the Commission on Human Rights, which recommended the Department of Justice file criminal complaints.

National police spokesman Senior Superintendent Dionardo Carlos said the allegations, if true, violated police policy and should have been reported to authorities so they could investigate.

“If these are happening, or have happened, our request is for specifics because these are not sanctioned,” Carlos said.

Robredo said she publicly asked Duterte “to direct the nation toward respect for rule of law, instead of blatant disregard for it”.

“We ask him to uphold basic human rights enshrined in our constitution, instead of encouraging its abuse. We also ask the Filipino people to defy brazen incursions on their rights,” she added.

Duterte and his national police chief have said they do not condone extrajudicial killings, but have repeatedly threatened drug suspects with death in public speeches.

Last month, rights group Amnesty International accused police of behaving like the criminal underworld they are supposed to be suppressing, systematically targeting the poor and defenceless, recruiting paid killers, stealing from the people they kill, and fabricating official incident reports.

Defector: North Korea’s next nuclear test could lead to collapse