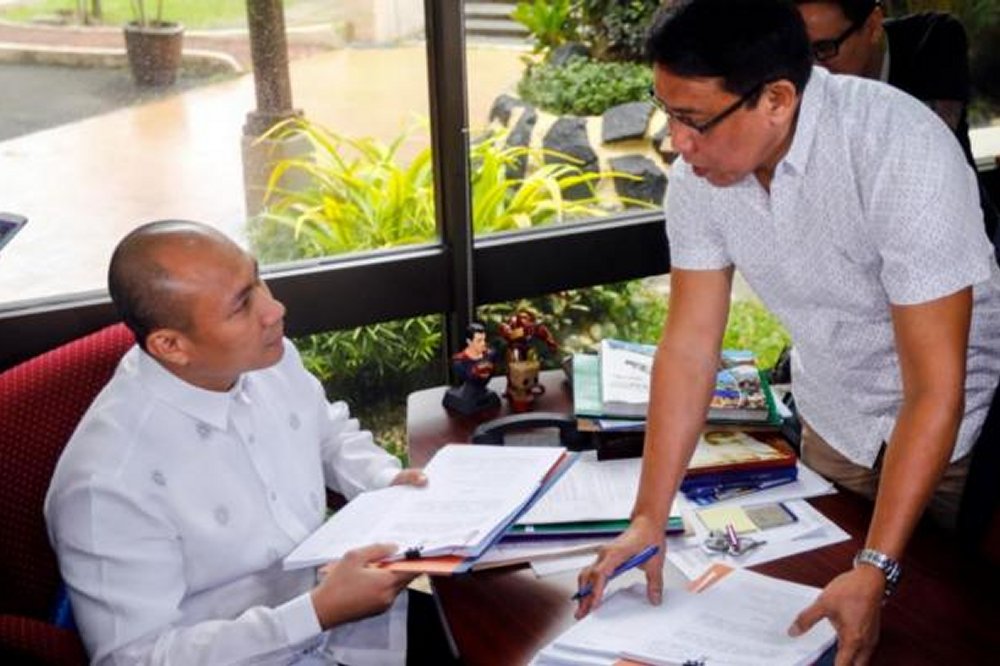 A Philippine legislator filed an impeachment complaint against President Rodrigo Duterte on Thursday, citing murder, crimes against humanity and corruption.

“It is high time that President Duterte is punished for his sins against the country,” Rep. Gary Alejano said. “We are of the firm belief that he is unfit to hold the highest office of the land and that impeachment is the legal and constitutional remedy to this situation.”

It is unlikely the impeachment process will proceed since Duterte’s PDP-Laban Party has an overwhelming majority in the House of Representatives — two-thirds of the legislature must vote in favor of impeachment, and 260 of the 292 seats in the House are allied with Duterte. But it could be a factor in bringing charges against Duterte in the International Criminal Court.

It remains doubtful the case will go to the Senate for trial.

Alejano’s complaint accuses Duterte of murder in connection with the extrajudicial deaths of thousands of drug dealers and drug users killed by police and vigilante forces since Duterte assumed office in 2016. Duterte has drawn the criticism of global human rights groups who say his encouragement of the killings could be regarded as crimes against humanity. Two people have also testified that Duterte led a “death squad” against enemies while mayor of Davao City.

The impeachment complaint also states that, as Davao City mayor, Duterte collected salaries of fictitious government employees and has up to $40 million in secret bank accounts.

The 17-page complaint includes 10 pages of accusations against Duterte, and refers to the unexplained and undeclared wealth of Duterte and his children, Davao City Mayor Sara Duterte-Carpio and Vice Mayor Paolo Duterte.

House Speaker Pantaleon Alvarez, a Duterte ally, dismissed the complaint in a television interview, saying, “Simply put, this is stupidity, period.” He added the House will process the complaint but nothing will come of it.