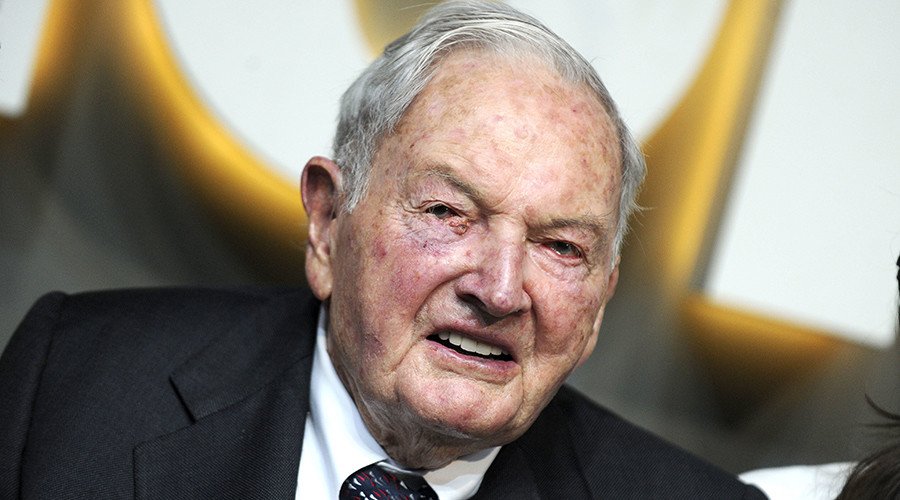 Former Chase Manhattan Chief Executive David Rockefeller has died at the age of 101.

Rockefeller died in his sleep at home in Pocantico Hills, New York, on Monday morning as a result of congestive heart failure, according to a family spokesperson Fraser P. Seitel.

The businessman, who had an estimated fortune of $3 billion, retired as head of Chase Manhattan in 1981 after a 35-year career.

In the statement from the The Rockefeller Foundation confirming his death, Rockefeller was described as “one of the most influential figures in the history of American philanthropy and finance, considered by many to be ‘America’s last great international business statesman’.”

Rockefeller, also known as ‘the banker’s banker’, according to the statement, is said to have donated almost $2 billion over his lifetime to various institutions including Rockefeller University, Harvard University and art museum.

Rockefeller graduated from Harvard in 1936 and received a doctorate in economics from the University of Chicago in 1940. Appointed president of Chase Manhattan in 1961, he became chairman and CEO eight years later.

Rockefeller often spoke about the importance of American capitalism, which he said “brought more benefits to more people than any other system in any part of the world at any time in history.”

“The problem is to see that the system is run as efficiently and as honestly as it can be,” he added.

Rockefeller was married to Margaret McGrath from 1940 until her death in 1996 and the couple had six children.