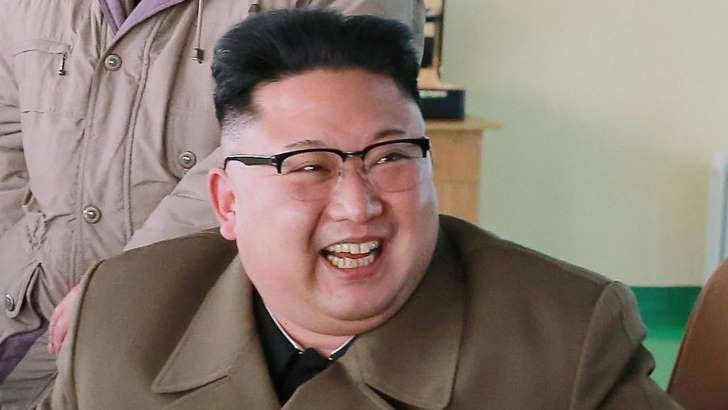 North Korea is in the final stages of preparing for another nuclear test, which could come in the next few days, U.S. officials with knowledge of the most recent intelligence from the region told Fox News.

“The test could come as early as the end of the month,” said one official.

U.S. defense officials have seen evidence that North Korea has completed digging new tunnels around the Punggye-ri nuclear test site, but it still has to move more equipment into the area for a possible test, the official added.  The Pentagon is keeping a close eye on these looming developments.

North Korea’s nuclear preparations prompted the U.S. military in recent days to move a surveillance aircraft used to test the air following nuclear explosions to the region.  The Air Force WC-135 Constant Phoenix arrived in Japan and will be used to patrol the area off the Korean peninsula in the coming days, according to a separate official.

Secretary of State Rex Tillerson was in Beijing last weekend to press the case about what to do about North Korea’s erratic leader and his drive to develop an intercontinental ballistic missile capable of reaching the United States.

Secretary Tillerson declared the Obama-era policy of “strategic patience” was over when dealing with North Korea and called the past 20 years of negotiating with the communist regime by past administrations a failure.

The U.S. military is not the only nation concerned about North Korea’s pending nuke test.

Recent satellite imagery reveals Russia has moved one of its Antonov An-30R reconnaissance aircraft with air sample pods from its base outside of St. Petersburg. The Russian aircraft is used to take air samples to detect possible nuclear, biological and other chemical agents.

U.S. officials have seen evidence that North Korea’s 33-year-old dictator, Kim Jong-un, checked into a new residence near the test site of a failed missile launch Wednesday near the port city of Wonsan on North Korea’s east coast, according to one official.  Wonsan is located six hours south of the nuclear test site.

The Pentagon is increasingly concerned about North Korea’s ability to miniaturize a nuclear warhead and eventually place it on a ballistic missile. Each missile brings North Korea closer to achieving that goal, according to defense analysts.

In his New Year’s address, Kim Jong-un said his nation has “entered the final stage of preparation for the test launch of intercontinental ballistic missiles.”

Roughly 80,000 U.S. troops are stationed in South Korea and Japan.