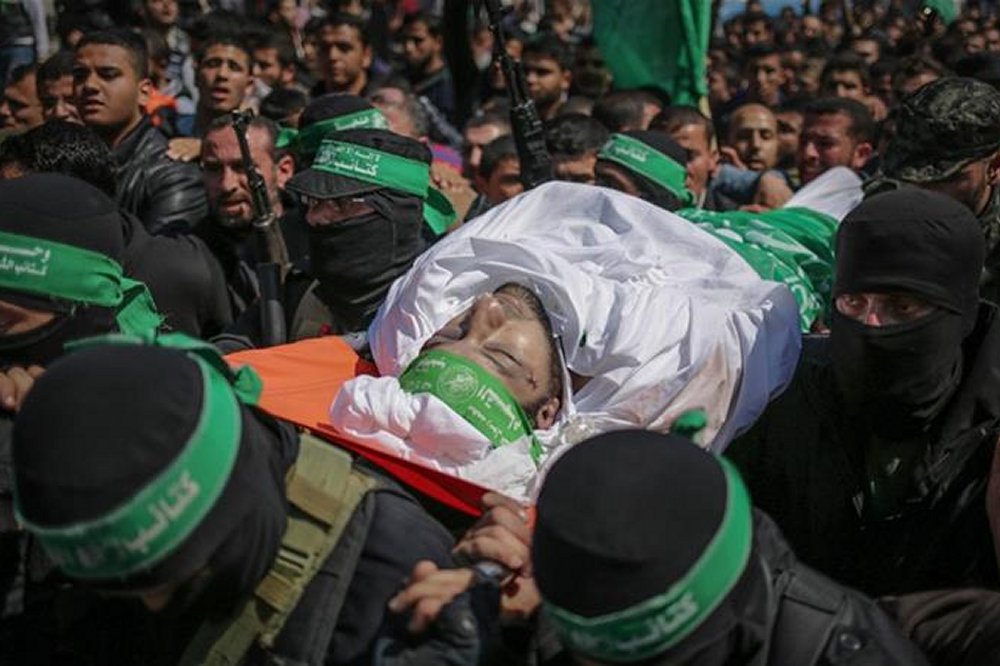 Hamas authorities have shut the Gaza border with Israel after the killing of a senior commander, which Hamas blamed on “Israel and its collaborators”.

The rare measure reflected Hamas’ shock after the killing of Mazen Faqha , who was found shot dead at the entrance of his Gaza City home late on Friday.

Hamas Interior Ministry spokesman Iyad al-Bozum on Sunday announced that the Beit Hanoun checkpoint, which faces the Israeli crossing of Erez in the north of the Gaza Strip, would be closed until further notice.

“In light of the humanitarian situation, only the residents of Gaza with humanitarian cases will be allowed to return to Gaza via the Beit Hanoun checkpoint,” Bozum said.

Hamas’ foreign ministry clarified in a press release on Monday that it would allow the families of prisoners, people seeking medical care, women, and all males under the age of 15 and over the age of 45 to exit Gaza through the Beit Hanoun checkpoint.

Hamas security services are investigating the circumstances of Faqha’s killing.

Bozum called on Gaza’s citizens and media to be responsible in dealing with the event and not to circulate rumours about the incident.

Mahmoud al-Zahar, a senior Hamas official, told Al Jazeera that Hamas will not announce how it plans to respond to the assassination, but the “blood of our people will not go in vain, especially in a crime this big”.

On whether the group plans to respond militarily, al-Zahar said, “This is a security issue that we cannot disclose. But for sure, the Israeli entity will be punished and deterred.”

Hamas, the group that rules Gaza, said Faqha was shot four times in the head with a silenced gun. The group said that Israel and its “collaborators” were responsible for the killing.

“No one would benefit from this crime except the Zionist enemy and not to mention, the Zionist enemy announced in all of its media that the leader, Mazen Faqha, is on the top of the wanted list,” senior Hamas official Salah al-Bardawil told Al Jazeera.

“The Palestinian resistance has its methods and the capacity to respond,” al-Bardawil said.

“The punishment will be of the same nature as the attack. The matter is now in the resistance movement’s hands,” he added.

Faqha, 38, was a senior Hamas official in the Israeli-occupied West Bank when he was jailed by Israel in 2003 for planning attacks against Israelis.

He was sentenced to nine life terms but was released into the Gaza Strip as one of more than 1,000 Palestinian prisoners that Israel let go in exchange for soldier Gilad Shalit.

Shalit was held in the coastal enclave after being seized in a cross-border raid in 2006.

An Israeli military spokeswoman declined to comment on the assassination in the Hamas-run Palestinian coastal enclave, which has been under Israeli blockade since 2006.

The Islamic Jihad movement said Faqha’s assassination marked the beginning of “a new offensive” by Israel against the Palestinian resistance, and that the resistance had the right to respond and defend itself.

CENTCOM: More U.S. artillery troops may be needed in Raqqa