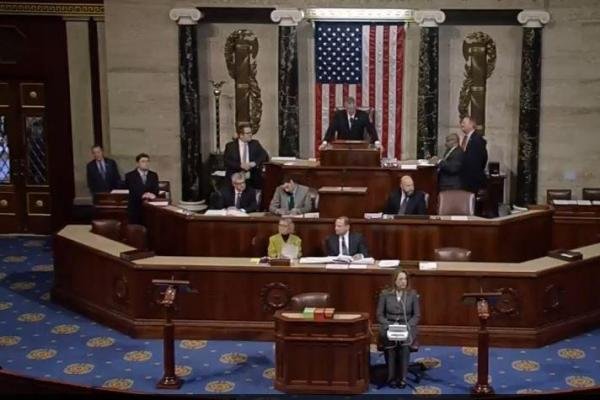 Five days after the Senate narrowly gave its approval, the House on Tuesday also voted to approve legislation making it legal for Internet service providers to collect and sell customers’ web browsing histories to third-party marketers.

Senate Joint Resolution 34 passed the House by a vote of 215-205 on Tuesday, which seeks to eliminate landmark privacy protections enacted last year by the Federal Communications Commission under former President Barack Obama.

Not a single Democrat voted for the measure, which argues barring ISPs from selling customers’ Internet activity stifles innovation and burdens providers with overbearing regulations.

Thirteen Republicans voted against the bill and nine House lawmakers abstained from voting.

“Consumer privacy is something we all want to protect,” Rep. Marsha Blackburn, R-Tenn., chair of the House subcommittee that oversees the FCC, said, adding that removing the protections will actually “enhance” citizens’ privacy.

“Moving forward, I want the American people to know that the FCC will work with the Federal Trade Commission to ensure that consumers’ online privacy is protected,” FCC Chairman Ajit Pai said in a statement. “The best way to achieve that result would be to return jurisdiction over broadband providers’ privacy practices to the FTC.”

Advocates said Congress’ vote to repeal the protections is a “tremendous setback” for Americans’ online privacy.

“The American people did not ask for this resolution,” a fiery Rep. Mike Doyle, D-Penn., said, noting that the bill was requested by lobbyists. “In fact, no company will even put its name behind this effort.

“I challenge every member of this body — at your next town hall meeting to have a show of hands of how many people think it’s a good idea to allow your ISP to sell their personal information without their permission. And then after you get that show of hands, ask how many of them would vote for you if you support allowing corporations to do that.”

“Today’s vote means that Americans will never be safe online from having their most personal details stealthily scrutinized and sold to the highest bidder,” Center for Digital Democracy Executive Director Jeffrey Chester said. “Donald Trump, by giving away our data to the country’s leading phone and cable giants, is further undermining American democracy.”

“I know there has got to be somebody in this body who believes [providers] should not have anybody’s underwear size,” Rep. Keith Ellison, D-Minn., said.

Policy analyst Kate Tummarello told NBC News that the FCC rules Republicans want to eliminate are intended “to protect your data” and keep ISPs from doing a “host of creepy things” without your consent.

Thursday, the Senate passed the measure by a vote of 50-48. It will now be sent to President Donald Trump, who the White House said “strongly supports” the bill.