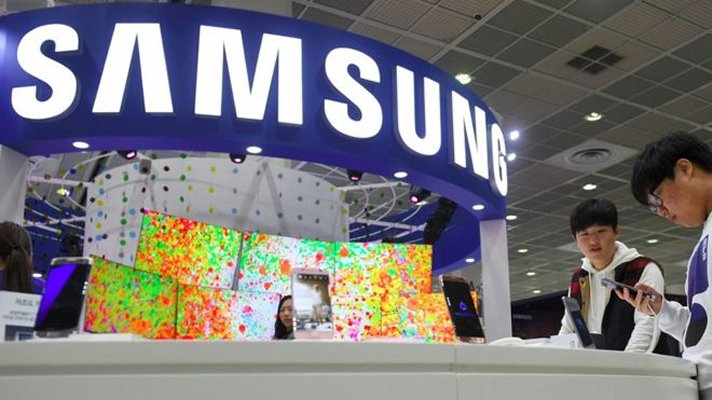 The Samsung Galaxy S8 will likely be the South Korean firm’s biggest test yet: a phone that has to live up to the highest expectations and also the toughest scrutiny.

Even in normal circumstances, the stakes are high when a phone maker unveils its latest flagship handset. But the past few months have been anything but normal for Samsung.

And at the simultaneous release of the S8 in London and New York, the elephant in the room is a big one.

This is the launch that follows the Note 7 scandal last year, the phone Samsung recalled and then eventually scrapped after some batteries overheated and caught fire.

“With this launch, Samsung gets a chance to redeem itself after the Galaxy Note 7 fiasco…but it may be too early to say that Samsung’s troubles are behind it now,” says Kiranjeet Kaur of tech analysts IDC.

How much damage has been done?

While the Galaxy S models are the company’s flagship line and widely seen as the only serious competitor to Apple’s iPhone, the Note models are a range of large-screen phablets, aimed only at a niche market.

So did the global headlines of Note phones going up in flames burn the Samsung image?

Despite the YouTube videos of burning phones, the drip-drip of negative stories and the internet memes, Samsung does not seem to have been as tarnished anywhere near as badly as you might expect.

A Reuters/IPOS study in the aftermath of the scandal found Samsung users in the US remained as loyal to their brand as Apple users were to their iPhones.

Because the problem was identified shortly after the Note 7 was released the recall was mostly limited to early adopters, and this limited the negative experiences, said Jan Dawson of Jackdaw Research.

“Your own personal experience trumps what you read and what people tell you,” Dawson said at the time of the Reuters/Ipsos poll.

Yet recalling, and then ultimately killing off, the Note 7, is thought to have cost Samsung $5.3bn (£4.3bn).

So, are they struggling financially?

No. Samsung Electronics saw profits surge 50% in the last three months of 2016, despite the Note 7 phone fiasco.

And the firm’s share price has climbed steadily over the past 12 months.

That resilience is largely because the Galaxy S7 – the precursor to the new phone launched this Wednesday – has been a real success.

And it is even more remarkable given Samsung is also embroiled in South Korea’s political corruption scandal – with the firm accused of having bribed the government in return for political favours – something it strenuously denies.

Samsung heir apparent and de facto boss Lee Jae-yong has been arrested and is on trial accused of bribery and corruption. He also has maintained his innocence.

While this scandal has sent shockwaves though South Korea and the country’s corporate world, there is no evidence it has impacted the decision of consumers around the world when it comes to choosing their next smartphone.

For the past several years, Samsung’s has been caught in the middle, competing with both Apple’s premium iPhone on the one hand, and cheaper Chinese smartphones on the other.

Neither of these have gone away. The iPhone 7 continues to be a top seller for Apple, with the US company now even offering cheaper options – the older iPhone 6s and the scaled down iPhone SE – that still benefit from the premium brand image but are more affordable.

These factors saw Apple overtake Samsung in smartphone shipments for the first time in the last three months of 2016.

From the side of Chinese competition, the likes of Huawei, Oppo and Xiaomi are continuing to offer Android phones that regularly get top reviews but tend to be much cheaper than whatever Samsung has to offer with comparable specifications.

So for a long time, Samsung’s lower and mid-tier offerings have been able to benefit from Samsung’s reputation of very good quality phones – distinguishing them from that “cheaper upstart” image of the Chinese competition.

In that respect, brand image was crucial for Samsung and many of its phones feed off the reputation of the flagship.

But it is worth noting Huawei, Oppo and another Chinese brand Vivo are now the third, fourth and fifth best-selling handsets respectively – with Oppo and Vivo each recording more than 100% year on-year growth in 2016, though admittedly from a low base.

New smartphones tend to have incremental updates. Innovation is rarely distinctive enough to really stand out from whatever the previous model had to offer.

And that means all smartphone makers face the growing problem of handset fatigue.

Even Apple’s latest iPhone has been criticised as “more of the same”, with improved details but lacking enough new features to wow the average consumer.

The attention will be on three hardware elements: the camera, the display and the battery.

We can safely assume that the camera will be better, possibly trying to edge out the iPhone’s snapper with some added 3D features.

The display is expected to be bigger with a smaller bezel so that there might be more screen packed into the same overall size of the phone.

As for the battery, it is safe to assume that after the Note 7 issues, Samsung will have pushed its engineers more towards battery safety than capacity this time round.

In terms of software, analysts are also expecting a range of changes, with the new Bixby virtual assistant being just one of them.

Make it or break it?

Samsung’s Galaxy S8 might well be a make it or break it moment for the company.

If it does everything right, there is a good chance they can hold on to the crown of the Android market and the Note 7 will go down as a one-off flop.

Yet should anything at all go wrong, things might turn out differently. Trust tends to be a lot easier to lose than to regain.

The close scrutiny that Samsung’s new phone will be facing in the coming weeks and months, means even small glitches risk being magnified.

Jake Saunders, vice president of tech research firm ABI says there is little doubt that Samsung will have had its engineers working around the clock to make sure that the new phone is absolutely foolproof – but there will still be nerves.

“Samsung may be hoping for a smooth, glitch-free launch to restore consumer confidence in the brand, but it could be a long, hot summer.”‎