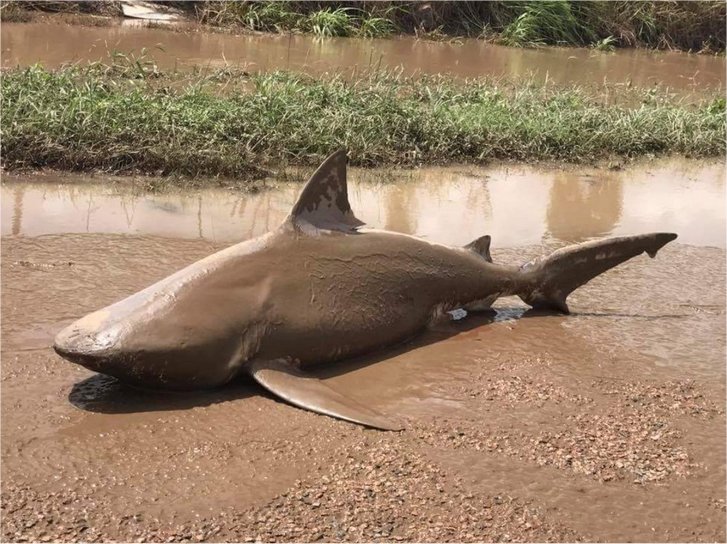 A shark was found washed up in a puddle on land in Australia after being displaced by a cyclone.

Queensland Fire and Emergency shared photos of the bull shark, which was found stranded on land in Ayr after Cyclone Debbie struck the area.

“Think it’s safe to go back in the water? Think again! A bull shark washed up in Ayr. Stay out of floodwater,” the emergency service said.

Queensland Fire and Emergency were unsure what happened to the shark, which was found dead in the puddle after the storm.

WIN News Townsville journalist Philip Calder told news.com.au he was in shock when he came upon the 5-foot long shark.

“We were pretty amazed, we were turning up to shoot a flooding road, we weren’t expecting to see wildlife as well,” he said. “He must’ve gotten caught in a torrent and confused, beached himself on the side of the road.”