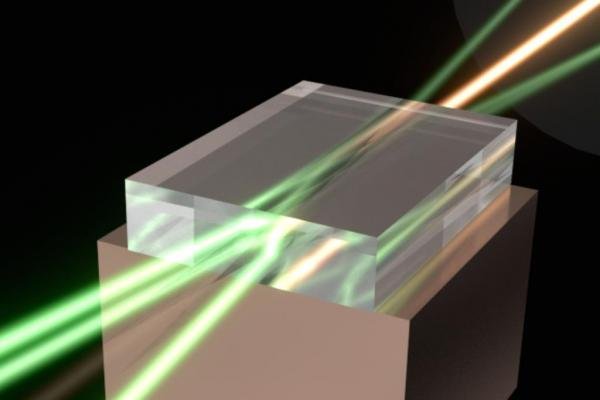 Scientists at Macquarie University have developed a laser similar to the sci-fi superlaser used by the Death Star in Star Wars. A superlaser combines the multiple laser beams into a single beam.

“Researchers are developing high power lasers to combat threats to security from the increased proliferation of low-cost drones and missile technology,” Rich Mildren, an associate professor of physics at Macquarie, said in a news release. “High power lasers are also needed in space applications including powering space vehicles and tackling the growing space junk problem that threatens satellites.”

The convergence of laser beams was achieved using an ultra-pure diamond crystal. The crystal transfers the power of multiple beams into a single strand without sacrificing energy through distortion. During the convergence, the new superlaser beam assumes a new color.

The structure of the diamond’s center is particularly efficient at combining disparate wavelengths, a phenomenon known as Raman scattering. The diamond is also efficient at dissipating thermal energy.

“This discovery is technologically important as laser researchers are struggling with increasing power beyond a certain level due to the large challenges in handling the large heat build-up, and combining beams from multiple lasers is one of the most promising ways to substantially raise the power barrier,” said researcher Aaron McKay.

How Mars’ Atmosphere Was Lost to Space