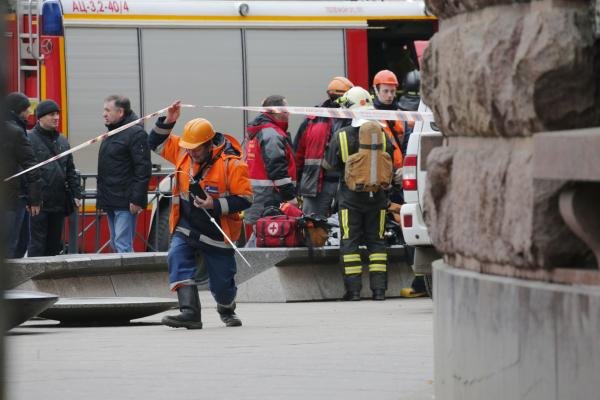 NAC said a separate homemade explosive device was disabled in central St. Petersburg’s Ploshchad Vosstaniya subway station, which is about 2 miles away from Tekhnologichesky Institut.

Russian officials have warned against drawing conclusions as to whether the explosion was a “terrorist act.” Previous reports indicated there were two explosions, but NAC head Andrei Przhezdomsky later said the explosion occurred between subway stations.

All subway stations in St. Petersburg have been closed following the explosions. Victims include children, officials said. RIA Novosti reported the explosive devices were small, homemade and fitted with shrapnel.

Russian President Vladimir Putin, who is in St. Petersburg, said all causes for the explosion were under consideration, including international and domestic terrorism.

Three dead after hijacked truck rams into pedestrians in Stockholm