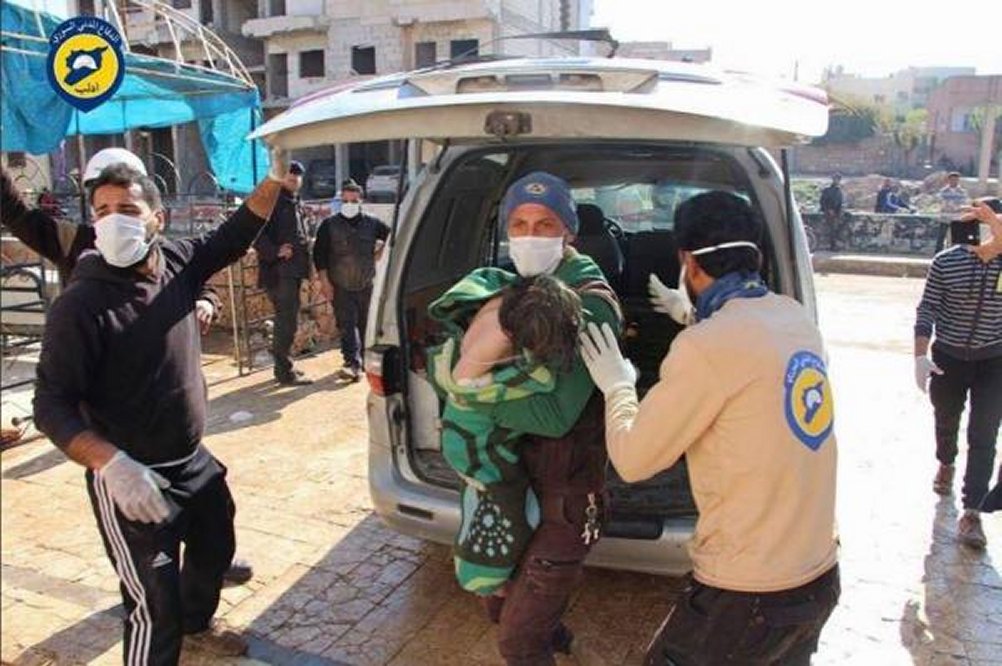 The Britain-based Syrian Observatory for Human Rights said at least 58 people were killed and dozens others injured in a suspected chemical attack on the rebel-held town of Khan Sheikhoun in the Idlib province.

The SOHR said 11 children are included in the death toll, which is expected to rise because there are more than 160 people injured, some of them critically. The monitoring group said some victims in one of the neighborhoods bombed with chemicals suffocated and sustained other symptoms including iris shrinkage, intense breathing and general spasms.

The Syrian Civil Defense volunteer rescue group, also known as the White Helmets, on Tuesday said “civilian areas in Khan Sheikhoun were targeted with poisonous gases this morning.” The SCD said more than 50 people were killed, including women and children, and more than 300 people were injured.

The SCD said two of its centers were targeted, including one in Khan Sheikhoun, and put out of service by airstrikes on Tuesday, but no volunteers were injured. SCD workers sprayed some suspected chemical attack victims with water during rescue efforts.