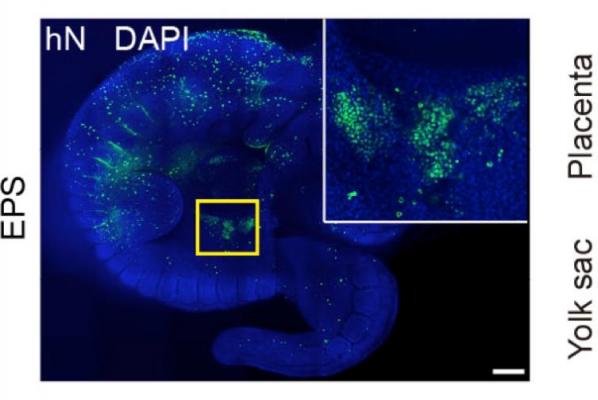 Scientists have already successfully developed pluripotent stem cells in the lab, cells which can form any type of tissue. Totipotent stem cells are the pinnacle for stem cell scientists, however. And for the first time, researchers have found a way to engineer them.

In a study published this week in the journal Cell, a team scientists from California’s Salk Institute and Peking University, in China, announced the production of totipotent stem cells from cultured mouse and human stem cells.

“This is the first study reporting the derivation of a stable stem cell type that shows totipotent-like bi-developmental potential towards both embryonic and extra-embryonic lineages,” Juan Carlos Izpisua Bemonte, a researcher and professor at Salk, said in a news release.

Using the new chemical cocktail, researchers cultured mouse stem cells capable of forming both embryonic and extra-embryonic cells. The stem cells were better able to form chimeras, a collection of embryonic cells from different zygotes. Scientists also showed a single stem cell cultured in the new concoction — a combination of four chemicals and a growth factor — could be used to grow an entire adult mouse, an unprecedented feat.

“We believe that the derivation of a stable stem cell line with totipotent-like features will have a broad and resounding impact on the stem cell field,” concluded Izpisua Belmonte.