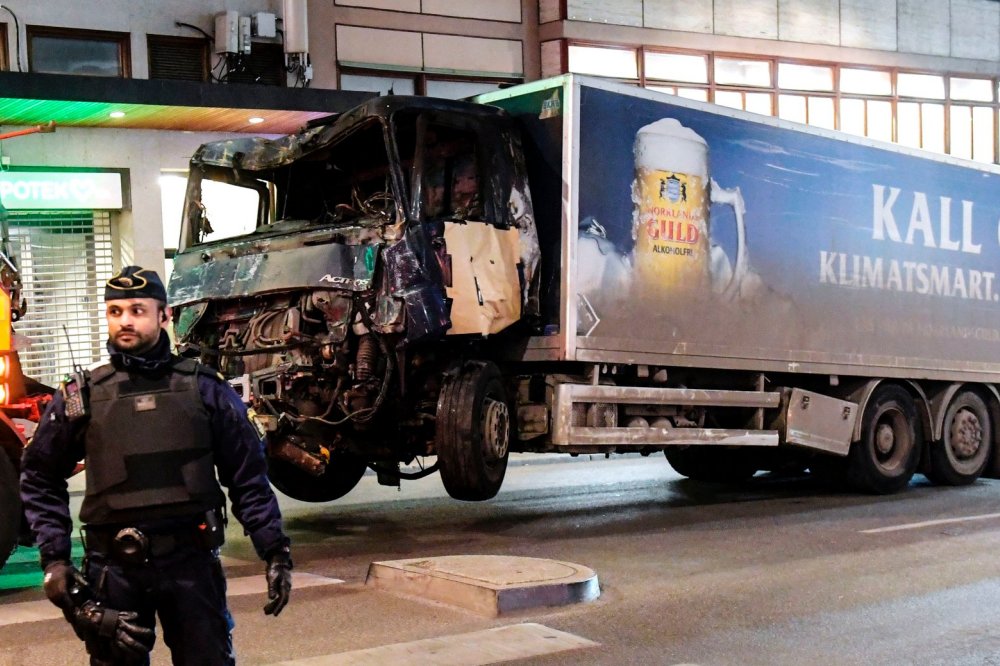 Swedish police arrested a man believed to have stolen a beer truck and driven it into a crowd in Stockholm, killing four.

Authorities did not identify the man but local media outlets identified him as a 39-year-old from Uzbekistan, The New York Times reported. The man was arrested on suspicion of perpetrating a terror attack. He was taken into custody in Marsta, located north of Stockholm. Police said he matched an image released after the incident, but did not release more details about the suspect.

“We have one person in custody, and we think he is the driver of the truck,” Lars Bystrom, a spokesman for the regional police, said Saturday.

Officials said the incident occurred on one of Stockholm’s major pedestrian streets in a busy shopping district at 3 p.m. local time. At least 15 people were injured including children. Six of the injured people had been released from the hospital by Saturday. At least two people remain in intensive care at the hospital.

Three dead after hijacked truck rams into pedestrians in Stockholm