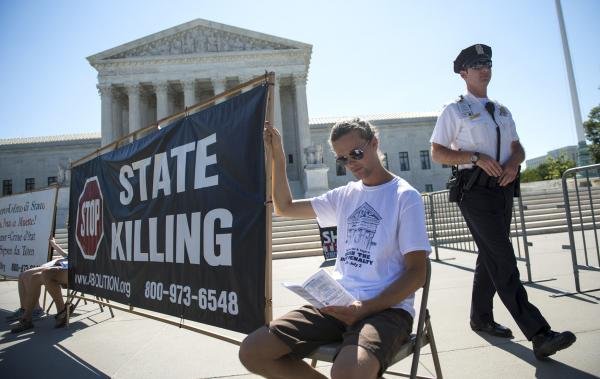 Use of the death penalty declined by 37 percent around the world in 2016 but China remains secretive about its executions, Amnesty International said in a report released Tuesday.

The report said Chinese authorities “continue to execute thousands of people each year,” and “enforce an elaborate secrecy system to obscure the shocking scale of executions in the country.”

“China wants to be a leader on the world stage, but when it comes to the death penalty it is leading in the worst possible way, executing more people annually than any other country in the world,” Amnesty International Secretary-General Salil Shetty said in the report.

The countries leading the world in executions are China, Iran, Saudi Arabia, Iraq and Pakistan, although the global decline in 2016 was driven largely by decreases in Iran and Pakistan. The United States dropped off Amnesty International’s list of countries with the five highest numbers of executions; there were 20 U.S. executions in 2016, confined to five states: Alabama, Florida, Georgia, Missouri and Texas.

The report said 23 countries conducted executions in 2016. Benin and Nauru joined 101 other countries in 2016 in abolishing the death penalty.

Dollar drops after Trump says it’s ‘getting too strong’