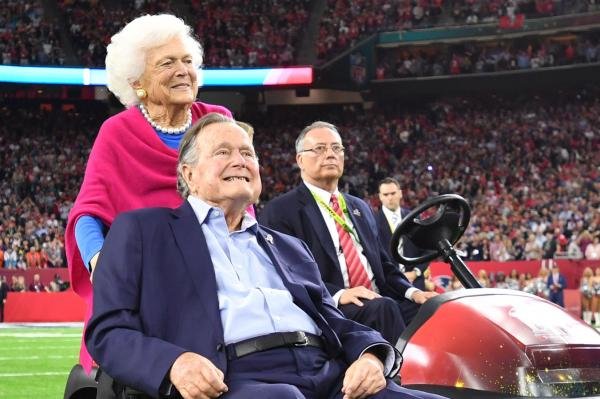 Former President George H.W. Bush has been hospitalized again in Houston for what was termed a mild case of pneumonia, a spokesman said Tuesday.

The 41st president was admitted on Friday to Houston Methodist Hospital and began treatment for the illness, according to family spokesman Jim McGrath.

“President Bush is in very good spirits and is being held for further observation while he regains his strength,” he said in a statement.

McGrath said Bush was hospitalized due to “a persistent cough that prevented him from getting proper rest” and that his condition was “resolved.”

Bush, 92, the oldest living former U.S. president, has been hospitalized several times in recent years for a variety of problems. In January, he spent two weeks in the hospital — including time in intensive care — with pneumonia. His wife, former first lady Barbara Bush, 90, was hospitalized at the same time with viral bronchitis.

Bush, the father of former President George W. Bush, was not able to attend President Donald Trump’s inauguration due to the illness.

The former president has vascular parkinsonism, a symptom complex that shares similar ailments with Parkinson’s Disease.

In 2015, Bush was hospitalized after sustaining a severe neck injury at his Houston area home.