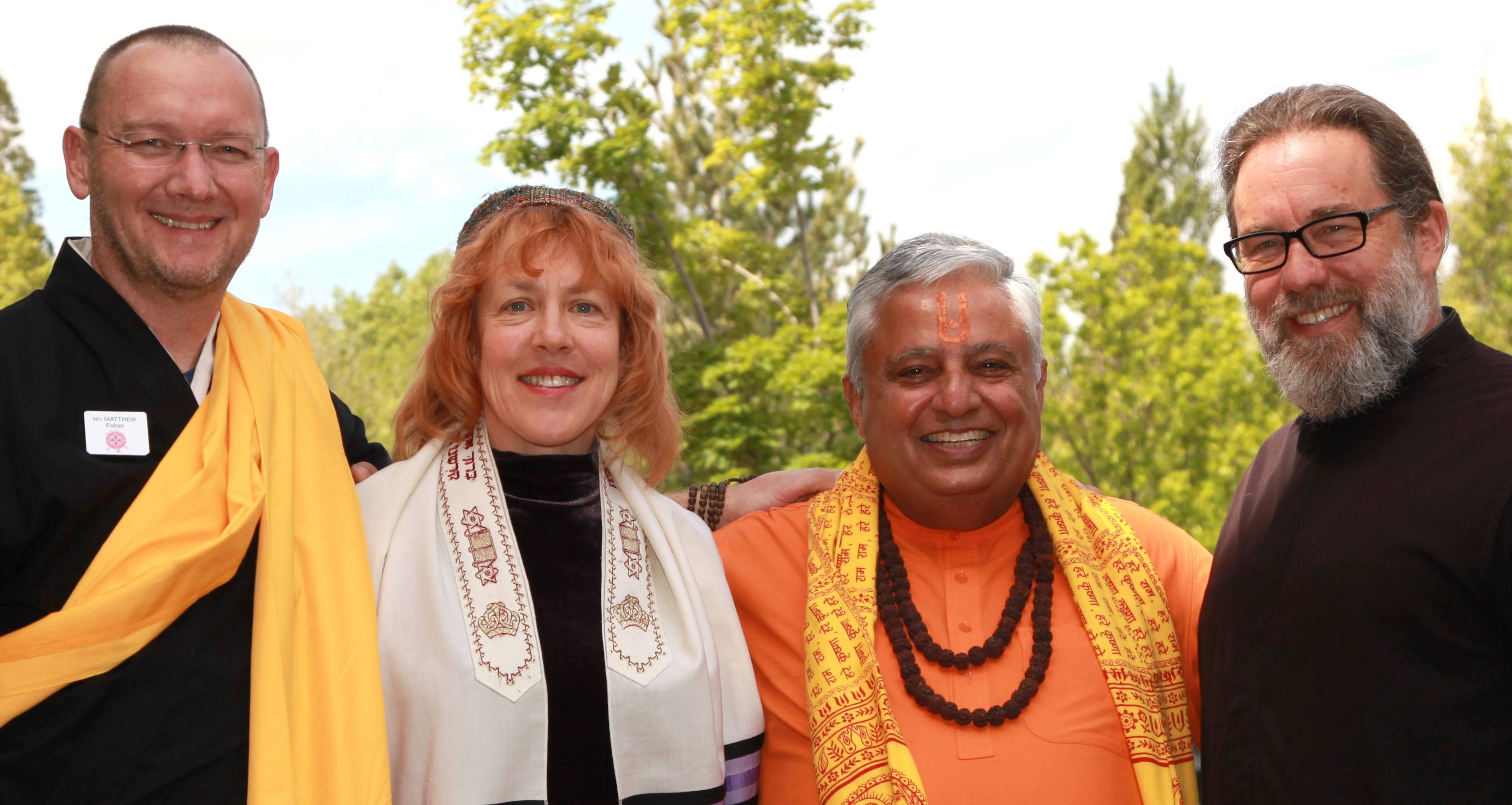 In a remarkable interfaith gesture; Christian, Jew and Buddhist leaders have backed the idea of establishing a “Hindu Prayer Room” at Frankfurt Airport (FRA) in Germany; the idea which was recently floated by Hindu statesman Rajan Zed.

FRA, which is one of the world’s dozen largest airports; already has Christian, Jewish and Muslim prayer rooms—a total of nine chapels and prayer rooms in both terminals open around the clock—which it calls “Places for Prayer and Tranquility”. A “Festival of Abrahamic Religions” also takes place every November at FRA, which is said to have opened its first chapel in the 1970s. Catholic mass is held every day and Protestant services and concerts are organized several times a week. It has two Catholic priests and two Protestant pastors who hold baptisms and memorial services, bless travelers, provide spiritual consolation; according to FRA website.

Zed, recently requested that as lot of Hindu passengers daily used FRA, it would be nice if they had a quiet facility at the airport where they could pray/meditate/worship and perform religious services.

Stephen R. Karcher, a senior Greek Orthodox Christian priest; ElizaBeth Webb Beyer, a prominent Jewish Rabbi in Nevada-California; and Matthew T. Fisher, a well-known Buddhist leader; in a joint statement in Nevada; said that like other religions, prayer and worship was also very important to Hindus.

Karcher, Beyer and Fisher urged Minister-President Volker Bouffier of the German state of Hesse (which is largest shareholder of Fraport AG which operates FRA) and Frankfurt AG Executive Board Chairman Dr. Stefan Schulte to seriously look into having a “Hindu Prayer Room” at FRA so that Hindu passengers did not miss their prayer rituals while travelling through FRA.

Rajan Zed had also urged the authorities to work in this direction as an issue of fairness and equality in customer service. He or other Hindu scholars would be glad to help, if asked, regarding the structure of “Hindu Prayer Room”, Zed added.

Hindus would appreciate FRA if this “Hindu Prayer Room” had murtis (statues) of popular deities, copies of sacred scriptures, a traditional bell and recorded devotional music; and once-a-week kirtan and daily arti session was held in it, Zed had noted.

Hinduism, oldest and third largest religion of the world, has about one billion adherents and moksh (liberation) is its ultimate goal.

Opened in 1912, awards winner FRA served over 61 million passengers during 2015.

Picture by: George A. Anastassatos

Turkey detains more than 1,000 for ‘links to Gulen’