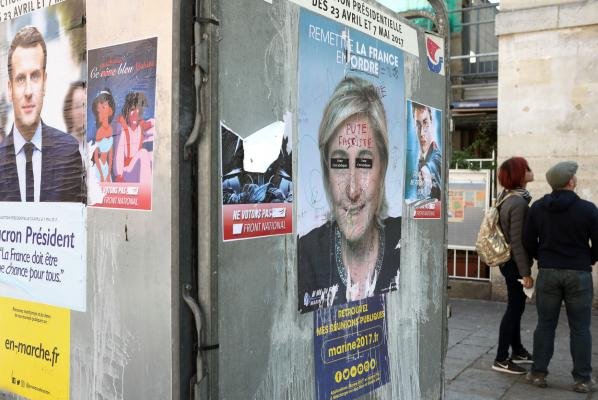 There were 11 candidates in France’s presidential election, but now there are only two. French voters sent Emmanuel Macron and Marine Le Pen into the second round on Sunday. The May 7 runoff will pit the centrist independent against the far-Right populist.

Many of the 67,000 polling stations, which opened early on Sunday, featured a more significant security presence. Last week, a French terrorist with ties to the Islamic State shot and killed a police officer in Paris.

Many pundits predicted a depressed voter turnout as a result of anxiety about terrorism and a dissatisfaction with the candidates.

As of midday, 28.54 percent of the country’s 47 million eligible voters had cast a ballot — a higher turnout than 2012’s presidential election. But by the end of the day, estimated turnout was at 77 percent, 3 points lower than 2012.

Both the Le Pen and Macron entered election day as the front-runners. However, the race had tightened in recent weeks as former prime minister Francois Fillon, a conservative, and far-left candidate Jean-Luc Mélenchon generated enthusiasm among dissatisfied French voters.