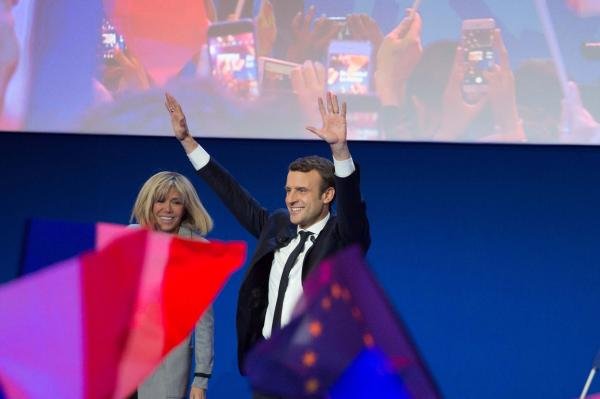 The methods were similar to those that breached the Democratic National Committee in the United States last year, according to a report by Tokyo-based Trend Micro.

Macron, a centrist candidate, will face off on May 7 against right-wing populist Marine Le Pen. They were the top vote-getters among 11 candidates Sunday.

Macron’s campaign spokeswoman, Laurence Haim, told NBC News it was a “sophisticated” phishing attack. She said that the attempts were “absolutely not successful” at accessing campaign workers’ passwords to retrieve their email.

She said they noticed six or five or 10 attempts in March and April but the campaign staff was “thoroughly trained to be careful with their emails and to spot suspicious activities.”

Feike Hacquebord with Trend Micro told CNN the hack methods were similar to the DNC hackers, who U.S. intelligence officials say are linked to Russian intelligence. But the Trend Micro official said they don’t have definitive proof.

Trend Micro said hackers try to trick users into using lookalike websites to give up their passwords.

It detected four Macron-themed fake domains used by a group it has followed called Pawn Storm.

“They conduct these well-crafted phishing campaigns to compromise individuals,” Chief Cybersecurity Officer Ed Cabrera said in a joint interview Tuesday with NBC News and Christopher Dickey of The Daily Beast.

French institutions have been breached by hackers with ties to Russia. The broadcaster TV5 Monde was hacked in 2015, and researchers at cybersecurity firm FireEye said Russian-backed hackers carried out the attack.

“Russian intelligence have certainly been hacking inside France, and will continue to do so,” Columbia University’s Jason Healey said to CNN. “The attacks that Russia used against the U.S. — of getting hold of embarrassing information and releasing it — I’d say the French are very open to such things.”

And reports of Russia’s unhappiness with Macron’s first-round victory are “utterly erroneous allegations, and rather primitive,” Peskov said.

“Le Pen has been very open about her desire to have better relations with Russia, she’s an outspoken opponent of sanctions [against Russia], and she’s interested in taking France outside of NATO,” Will Pomeranz at the Woodrow Wilson Center in Washington told CNN. “She has a very populist right-wing message that plays to Putin’s narratives — it undermines Western institutions.”