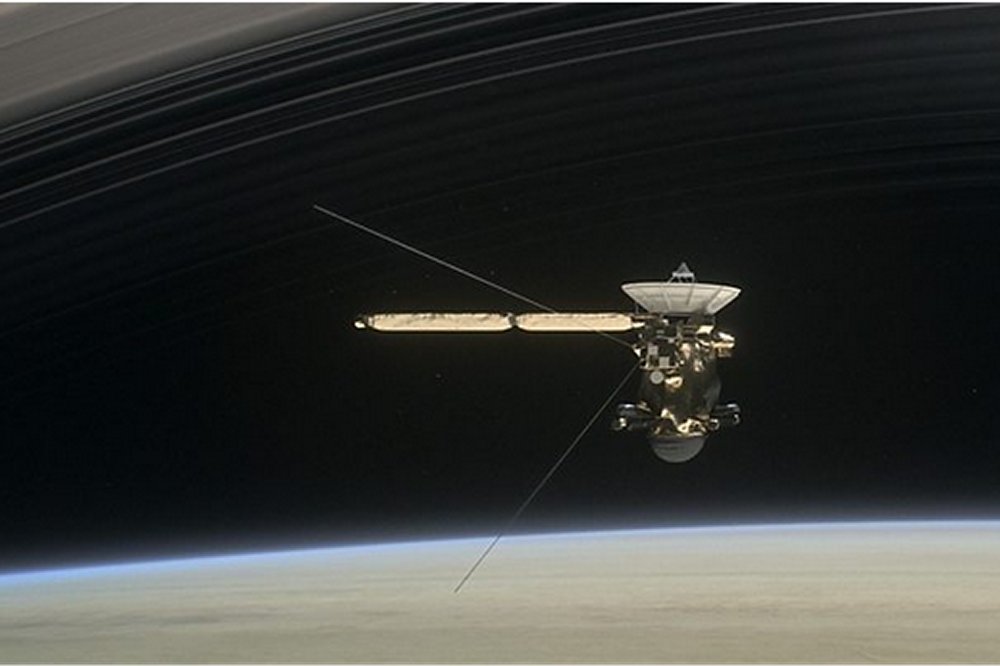 Controllers and scientists must wait until Thursday to hear from Cassini.

The probe was due early on Wednesday to make the first of 22 dives in between Saturn’s cloudtops and the inner edge of its spectacular rings.

The daredevil flights are designed to gather pictures and other science data of unprecedented resolution.

But Cassini was out of radio contact for the duration of the plunge and is not scheduled to re-establish communications for another day.

An impact with even a tiny ice or rock particle at that velocity could do a lot of damage, and so the decision was made to point Cassini’s big antenna in the direction of travel, to act as a shield.

But, of course, that meant it could not also then talk to Earth at the same time.

Assuming all goes well, 21 similar dives will be made over the course of the next five months before the probe dumps itself in the atmosphere of Saturn. With so little fuel left in its tanks, Cassini cannot continue its mission for much longer.

The US space agency (Nasa) is calling the gap-runs the “grand finale”, in part because of their ambition. They promise pictures of unparalleled resolution and science data that finally unlocks key puzzles about the make-up and history of this huge world.

“We’re going to top off this mission with a lot of new measurements – some amazing new data,” said Athena Coustenis from the Paris Observatory in Meudon, France.

“We’re expecting to get the composition, structure and dynamics of the atmosphere, and fantastic information about the rings,” she told the BBC.

A key objective is to determine the mass and therefore the age of the rings. The more massive they are, the older they are likely to be – perhaps as old as Saturn itself.

Scientists will do this by studying how the velocity of the probe is altered as it flies through the gravity field generated by the planet and the great encircling bands of ice.

“In the past, we were not able to determine the mass of the rings because Cassini was flying outside them,” explained Luciano Iess of the Sapienza University of Rome, Italy.

“Essentially, the contribution of the rings to the gravity field was mixed up with the oblateness of Saturn. It was impossible. But by flying between the rings and the planet, Cassini will be able to disentangle the two effects.

“We’re able to tell the velocity of Cassini to an accuracy of a few microns per second. This is indeed fantastic when you think Cassini is more than one billion kilometres away from the Earth.”

Having the mass number might not straightforwardly resolve the age issue, however, cautioned Nicolas Altobelli, who is project scientist for Nasa’s Cassini mission partner, the European Space Agency.

“We still need to understand the rings’ composition. They are made of very nearly pure water-ice. If they’re very old, formed at the same time as Saturn, how come they still look so fresh when they’re constantly bombarded with meteorite material?” he pondered.

One possibility is that the rings are actually very young, perhaps the remains of a giant comet that got too close to Saturn and broke apart into innumerable fragments.

Coustenis, Iess and Altobelli discussed the end phases of the Cassini mission here in Vienna at the General Assembly of the European Geosciences Union.

The earliest that Cassini is expected to radio home is 07:00 GMT (08:00 BST) on Thursday. Contact should come through Nasa’s 70m-wide Deep Space Network antenna at Goldstone, California.

If a stable communications link is established, pictures and other data ought to start coming down about half an hour later.