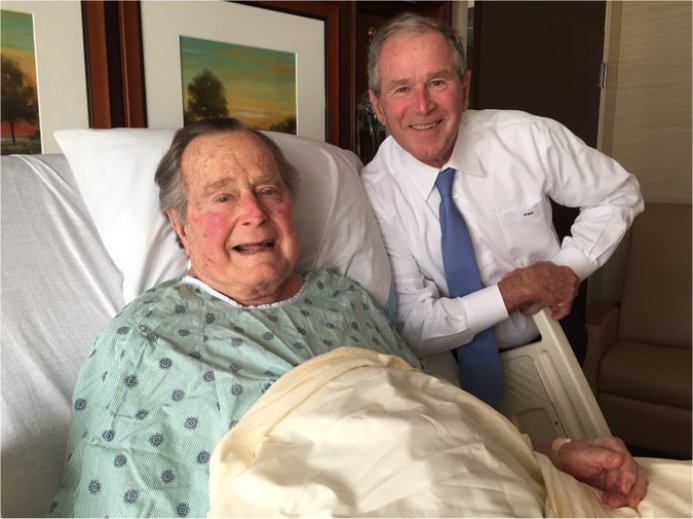 Former President George H.W. Bush was released from a Houston hospital on Friday after a two-week stay to treat pneumonia and chronic bronchitis, a family spokesman said.

The nation’s 41st president was admitted to Houston Methodist Hospital for the second time this year, though the most recent stay was not as difficult as his first, which included a more serious bout of pneumonia that required him to be placed in intensive care with the use of a ventilator.

“President and Mrs. Bush are very pleased to be home spending time with family and friends and grateful for the outstanding care provided by his doctors and nurses,” a spokesman said in a statement Friday.

Bush, 92, had been receiving regular visits from family, including his son, former President George W. Bush. The elder Bush posted a smiling photo of the two on Thursday.

Trump says first 100 days ‘just about the most successful’ in U.S. history