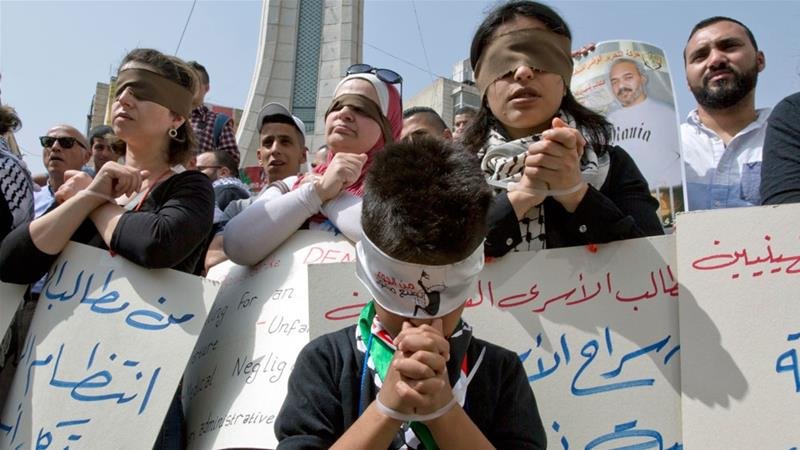 Palestinians prepared for a “day of rage” across the occupied Palestinian territories on Friday in solidarity with more than 1,500 prisoners on hunger strike in Israeli prisons.

A day of clashes was called for by Fatah, the political party of Palestinian Authority President Mahmoud Abbas, and the national committee to support the prisoners’ hunger strike.

Palestinians across the West Bank are expected to gather for the weekly Friday prayers at the many solidarity tents that have been set up in towns and cities, rather than mosques.

After prayers, Palestinians are likely to march to nearby military checkpoints across the West Bank and confront Israeli soldiers.

In a statement issued last week, Fatah called on Palestinians to instigate clashes with Israeli forces to express solidarity with the hunger-striking prisoners, who entered their 12th day without food on Friday.

The statement said the “excessive” practices of the Israeli occupation, particularly by the Israeli Prison Service, meant Palestinians should “clash with the occupier everywhere across our homeland”.

Palestinian prisoners began a hunger strike on April 17 in protest over conditions in Israeli prisons, calling for more family visits, better medical attention and an end to torture and administrative detention – imprisonment without charge or trial.

Around 6,500 Palestinians are currently being held in Israeli prisons, 500 of whom are held under administrative detention.

The mass prisoner hunger strike was organised by Marwan Barghouti , a senior Fatah figure who is serving multiple life terms in an Israeli prison for his role in killing Israelis during the second intifada.

The “day of rage” follows a general strike that shuttered businesses, schools, government institutions and public transport across the occupied Palestinian territories on Thursday.

A number of clashes broke out between Palestinians and Israeli forces on Thursday, local media reported.

At the Beit El checkpoint near Ramallah, nine Palestinians were injured by a combination of live fire and rubber-coated steel bullets fired by Israeli soldiers, according to local media reports.