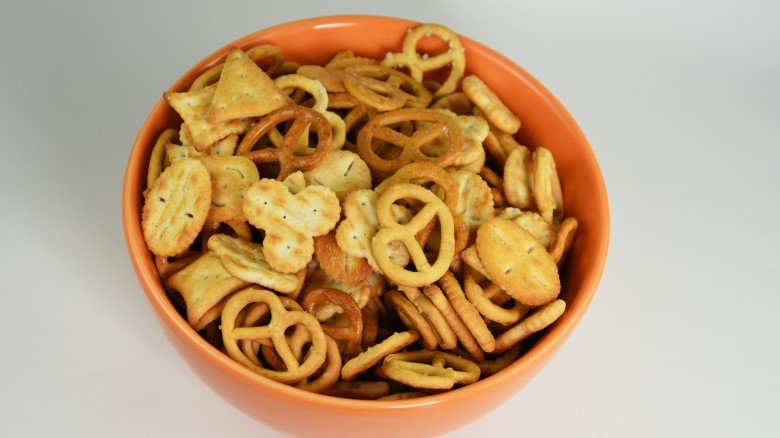 What’s up with airline food? It’s a joke nearly as old as comedy itself, but, as any frequent flier will tell you, there’s nothing funny about being served a bad meal on a long flight. Air travel is stressful enough — between the soul-numbing layovers, the astronomical ticket prices and the endless, endless noise, the very last thing you need is to be faced with a meal that would require a lifetime’s worth of hardened optimism to stomach. That’s not to say it’s all bad, though. Some airlines get it right, some get it wrong and others don’t get it at all. Here, we’re discussing them all, from the carriers that flaunt the most intricate and exotic recipes, to the ones that offer little more than pretzels and nuts.

Hawaiian’s fare is far from standard, and is arguably the best the U.S. has to offer. Their success here is thanks in large to Chai Chaowasaree, award-winning chef and owner of Honolulu restaurant Chef Chai. Just what you’ll be served depends on whether you’re taking a flight at brunch, lunch or dinner time, but economy fliers can expect anything from stir-fried chicken with vegetables and steamed rice to penne pasta with mushrooms, meatballs, Parmesan and mixed bean salad to, for the lighter option, hot ciabatta sandwiches with a range of accompanying vegetables.

Naturally, Hawaiian offers a wide array of complimentary drinks, both alcoholic and non-alcoholic, but it’s with their signature beverage range that they truly excel: a choice of three exclusive Hawaii-themed cocktails, including a lychee vodka martini, Mai Tai and Li Hing vodka gimlet, each for only $8. You won’t get much better caliber than this from an American airline, though take note — Hawaiian doesn’t offer alternative meals for those with special dietary requirements.

Regional flights with Alaska Airlines mean you can purchase anything from their range of picnic pack snacks for $6. As far as mid-flight snacks go, these aren’t too bad (think your more well-to-do brands of potato chips, salami, crackers, dark chocolate and so on, with a healthier tapas and kids’ alternative available too) but it’s with flights over two hours that you’ll really be getting a good menu to choose from. Alaska works with celebrity chef Tom Douglas to create a menu that includes chicken apple sausage skillet, a BBQ chicken sandwich and roast turkey with veggie hash. Flights to and around Hawaii have their own special dishes, and the picnic packs are also available to buy.

The only problem? None of this is complimentary for main cabin passengers. Expect to pay $7-8 for an in-flight meal and up to $7 for an alcoholic drink, though soft drinks are available. Still, as far as quality goes, Alaska is onto a winner.

Not too long ago, Delta might have appeared somewhere considerably further down this list, but their recent decision to reintroduce meals for economy passengers on certain routes, mostly based around JFK, LAX, Seattle, Boston and Washington D.C., has kept their position safe. Beyond those complimentary meals (and the obligatory free pretzels, peanuts and cookies), Delta’s new food-for-purchase Flight Fuel menu, which is open to anyone flying over 900 miles, includes continental breakfasts, fruit and cheese boards, smoked turkey sandwiches, buffalo or orange chicken wraps and a choice of snack boxes.

Flight Fuel options don’t exactly come free, or even cheap, with some options setting you back over $10, but Delta does provide both non-GMO and vegan snack boxes. Throw in some sommelier-chosen wines, a range of craft beers and a new menu every time the season changes, and you’ve got yourself a more-than-decent, if pricey, in-flight meal.

United Airlines is another carrier which hit that middling spot of providing a decent choice of good food — but at a cost if you’re flying domestic. Their domestic economy menu is split into two. The snack shop is available if your flight is over two hours long, and includes a choice of snack boxes: tapas, classic and select, each filled with nibbles, spreads and candy, and each for $8.99. Other snacks (Pringles, Chex Mix, gummy bears and more) tend to cost $4-$5.

If your flight time is over three and a half hours long, however, you can opt for the bistro choice. These meals can cost anywhere from $8-$12, and you can expect sausage and egg skillets, fresh fruit and yogurt or English muffins for breakfast, plus Mediterranean chicken wraps, penne and meatballs, cheeseburgers or cheese boards for lunch. There are alternatives for flights to Latin America, too.

If you’re flying long-haul across the world, however, United will offer you a complimentary service with a genuinely impressive choice of three-course meals and free drinks to boot. Just don’t expect anything quite as high in quality as Hawaiian or Alaska Airlines.

Sadly, your meal with Virgin America isn’t going to be a hot one unless you’re forking out for first class. Virgin charges between $3 and $5 for its snacks in economy — chips, nut mixes, chocolate, popcorn; all the greats — whilst their meals, which are largely offered on flights longer than two hours and include fairly uninspired stuff such as chicken sandwiches, veggie wraps and PB&J sandwiches, will set you back anywhere from $4-9.

The drinks selection is broad and soft drinks are complimentary, but considering Virgin and Alaska Airlines both work in tandem on their in-flight experience, this is all pretty disappointing.

Southwest Airlines can’t be faulted for their drinks menu — we’d even go as far as to say it’s the best you’ll find on a U.S. airline. Soft drinks are complimentary, spirits, beer and wine costs as little as $5, and the airline runs its own happy hour (every hour), with their impressive selection of cocktails costing no more than $5, too. Not to mention the fact that they offer a free drink to anyone flying on holidays.

The only problem? Their food menu is non-existent. Peanuts and pretzels are complimentary, but their vague promise of “additional snacks” on longer flights seems to amount to little more than graham cookies. Still, with all that cheap booze and no real food to speak of, you know your flight will at least be fun.

There’s nothing hugely wrong with the food on American Airlines, but their biggest crime has to be blandness. You’ll get cookies and mini pretzels on flights over 250 miles, with non-alcoholic beverages being complimentary, and most flights offer snack boxes, wraps and sandwiches for a price. Following suit from Delta, they also now offer free meals between LAX or SFO and JFK. Anyone flying out of the U.S. will also get the same, but there’s not a lot interesting to say about what they offer, and you shouldn’t exactly go expecting anything from world-renowned or celebrity chefs.

We’re moving into scanter territory now. Their snacks don’t go much further than crackers, cookies and potato chips, although there’s a decent array of complimentary soft hot and cold drinks. Alcoholic beverages tend to cost around $7-9, but JetBlue’s strongest asset are their EatUp Box and EatUp Cafe options. The former is pretty much just a snack selection, but comes in four different varieties: BeefUp, PerkUp, PickMeUp and PumpUp. The EatUp Cafe options include salads, cheese plates, chicken and a pretty fantastic-looking sirloin sandwich, but these are only available on certain flights and will make a considerable dent on your wallet. It’s nothing special, but it’s something.

A small choice of uninteresting snacks, a list of soft and alcoholic drinks that’s no less disappointing and not a single thing on their menu is complimentary. The best thing Frontier have going for them is that you can bundle basically any snack, soda or drink into some sort of deal to save a bit of cash. The best way to get to grips with how Frontier approaches in-flight dining is by accepting that, frankly, getting to eat something while tens of thousands of feet in the air is, at its core, a luxury. What did you expect, though? You get what you pay for.

It says a lot that the only place Spirit mentions its non-selection of food and drink is by going to their support page. Like Frontier, they’ve got their fair share of bundles and deals to trick you into giving them more of your hard-earned cash, but when you’re paying $10 for a beer and some nuts, you’ll probably want to be reassessing your travel priorities. Hot meals and chef-arranged recipes, or even wraps and sandwiches, are little more than pipe dreams with Spirit, and the kicker of it all is that they don’t even accept cash on board. Trust us, the best thing you can do here is to turn away from that $7 can of Bud, shut your eyes, put your fingers in your ears and just pretend you’re flying Qantas.