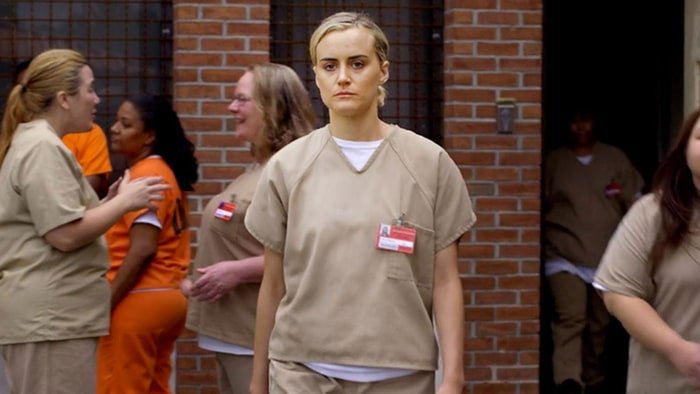 An anonymous hacker carried through on a threat to leak stolen Orange Is the New Black season 5 episodes after Netflix allegedly ignored the hacker’s unspecified ransom request.

Variety reported that the first 10 episodes of the upcoming season of the Netflix drama were uploaded to the popular file-sharing website The Pirate Bay shortly before 6 a.m. ET on Saturday, April 29, one day after the hacker, who goes by the username “thedarkoverlord,” posted the first episode. Multiple outlets were unable to verify the authenticity of the episodes.

Season 5 of OITNB is scheduled to officially premiere on Netflix on June 9, though it is possible that the video streaming service may bump up the date now that 10 of the 13 new episodes have prematurely leaked online.

“It didn’t have to be this way, Netflix,” the hacker wrote in a message posted on Saturday morning. “You’re going to lose a lot more money in all of this than what our modest offer was. We’re quite ashamed to breathe the same air as you. We figured a pragmatic business such as yourselves would see and understand the benefits of cooperating with a reasonable and merciful entity like ourselves.”

In a statement to Variety on Friday, Netflix said, “We are aware of the situation. A production vendor used by several major TV studios had its security compromised and the appropriate law enforcement authorities are involved.” The Associated Press reported that the hack is being investigated by the FBI.

The hacker also threatened other networks on Saturday, writing, “And to the others: there’s still time to save yourselves. Our offer(s) are still on the table — for now.”

Related Topics:EntertainmentNetflixOITNBOrange Is the New Black
Up Next