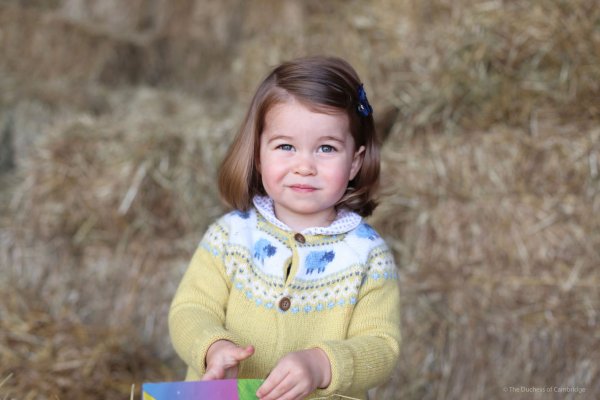 Britain’s Kensington Palace has released a new photo of Princess Charlotte, the daughter of Prince William and his wife, Kate Middleton.

“The Duke and Duchess are delighted to share a new photograph of Princess Charlotte to mark her second birthday tomorrow,” the palace tweeted Monday.

The post included an outdoor photo of the blue-eyed girl wearing a yellow sweater adorned with little blue lambs. She also has a blue bow in her hair.

“TRH would like to thank everyone for the lovely messages they have received & hope that everyone enjoys this photograph as much as they do,” another tweet read.

Prince William is the grandson of Queen Elizabeth II. He and Middleton also have a son, 3-year-old Prince George.