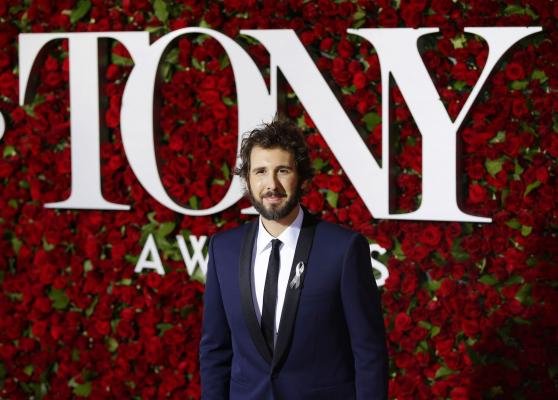 The Josh Groban-led Natasha, Pierre & The Great Comet of 1812 was nominated for a leading 12 Tony Awards, including Best Musical, in New York on Tuesday.

It will compete with Come From Away, Dear Evan Hansen and Groundhog Day for the top prize.

Following close behind is the revival of Hello Dolly! with 10 nods and Dear Evan Hansen with nine.

Up for Best Play are A Doll’s House, Part 2, Oslo, Indecent and Sweat.

Shortlisted for Best Revival of a Play is August Wilson’s Jitney, Lillian Hellman’s The Little Foxes, Present Laughter and Six Degrees of Separation.

In the running for Best Revival of a Musical are Falsettos, Hello, Dolly! and Miss Saigon.

Kevin Spacey is to host the June 11 Tonys ceremony honoring excellence on Broadway. The gala will air on CBS.