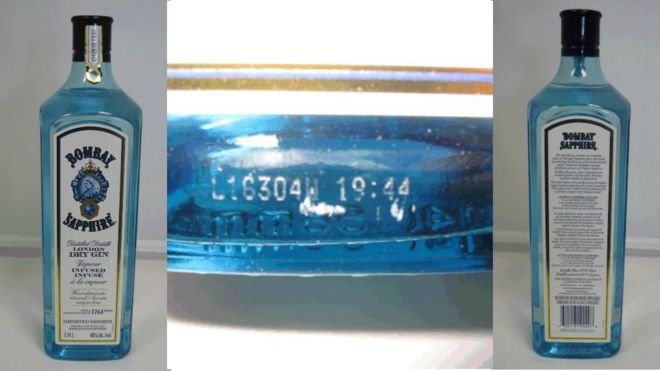 Bottles of a popular gin have been recalled across Canada after a batch was found to contain nearly twice the amount of advertised alcohol.

Officials said the 1.14 litre bottles of Bombay Sapphire London Dry Gin should have had 40% alcohol content by volume when the actual figure was 77%.

They said the problem had been traced back to the production line.

The Canadian Food Inspection Agency said no illnesses associated with the gin had been reported.

Drinks giant Bacardi, which distributes Bombay Sapphire, said the affected batch was believed to have only been sold in Canada.

The province of Ontario was the first to remove the gin from stores before a nationwide recall was issued.

“One batch was bottled before correct dilution to achieve the stated 40% alcohol content by volume,” the Ontario Liquor Control Board said in a statement

“As a result, the affected batch has alcohol content by volume of 77%.”

The Canadian Food Inspection Agency said the recalled gin should be thrown out or returned to the shop where it was bought.

It is the second time this year that Canada has had to recall a brand of liquor because the alcohol content was too high.

In March, bottles of Georgian Bay vodka were pulled from the shelves after inspectors found a batch with an alcohol content of 81% instead of the advertised 40%.